I haven't been collecting trees for quite some time up until this spring. A major reason was space since I had no empty places on shelves with about fifty trees already.
But the bug this spring was too strong, I felt I had to go out and bring home a few trees I have stumbled upon my trips during the last few years. So I went to the wilderness and brought ten new yamadoris during March. Summer is slowly over in my place and two of the collected trees are already gone which means the success rate is 80% so far. Some could die during the winter, respectively they will not wake up which is mostly the case. I will see and report on interesting trees next year.
Most of the trees are as big as usual in my case. Firstly, you can rarely find an interesting small tree and secondly, it doesn't make a lot of sense to collect pencil thick whatever plant.
During one rainy Saturday I collected three specimens and when dealing with them for hours I started to have strange ideas. Something like nirvana, or visions may be. Most probably due to dehydration and low blood sugar levels. Anyway, in one particular moment, I had an idea about having a small vehicle for transporting collected trees. I thought about small wheeled EV robot with big enough tires, a range of 10-20 km in terrain and ability to carry 40-50kg tree on a dirt road. As for steering, I thought about Bluetooth connectivity to my smartphone. Once connected, a vehicle with the tree would follow me like a dog. What do you think?

Now, seriously. There are proved well-known tools you can use when collecting. My basic rule is fewer tools in the bag is better. But what I found particularly useful this season was chainsaw from the picture with mahleb. I knew about it but never had one. I read an article about the tool on Harry Harrington page some time ago. When collecting different Prunus cerasifera, I failed to take it out due to thick roots, did not find the way to cut them off. I left the tree on spot for the night, next morning went to army shop in the city and bought the saw for 8 euros I guess. The tree went out easily the same day. Saw proved to be very useful in cutting anything around 10-15 cm thick.
During one of the next trip, I was collecting this prunus mahleb. At first, it looked like it has a nice flare of below surface roots which were cut easily. But after cutting the last tree was still holding its ground firmly. After inspecting beneath flare of roots I found out the tree has one massive taproot with the same diameter as above ground trunk. Hand chainsaw solved it in 5 minutes. I can honestly recommend it. Cost peanuts and helps tons.

The tree? Doing well, those pictures are a few weeks old, now the tree is over 2 m high. I will cut back in late October and chose good branches. I post the update, I promise. 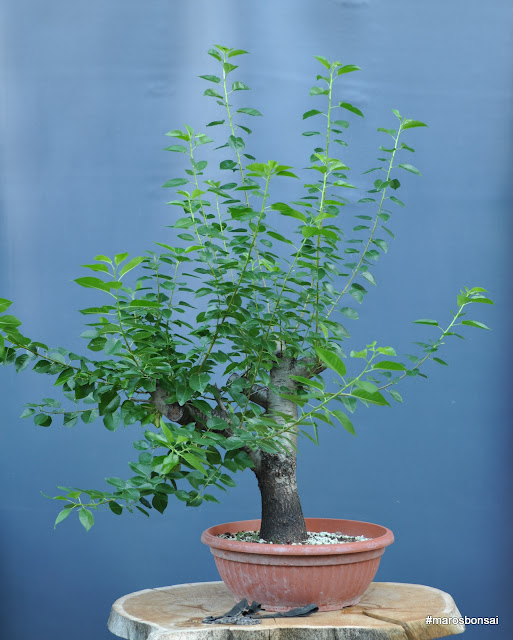 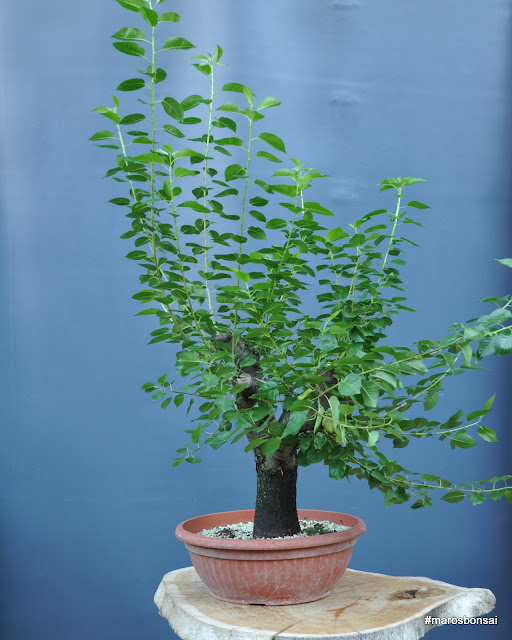 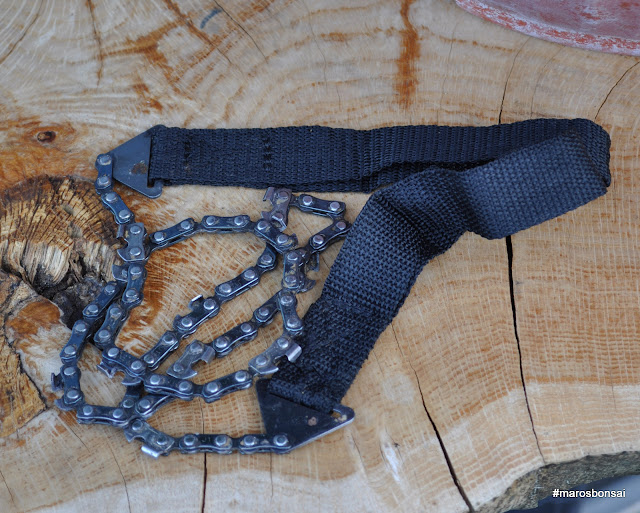