EDIT: I was low on blood sugar after hard run so my brain was not working properly, I guess. That's why I did post old 2015 pictures. To correct this bloody mistake I'm adding new 2016 pictures. Sorry friends.

It is more than one year since last post about this oak. As you can see on last year picture tree was sitting too high in its pot. In middle of the root ball was still considerable amount of original soil brought with tree from mountains. During last few years I'm more careful when dealing with roots during repotting since I do not want to lose valuable trees. In spring I decided to partially remove some of this old soil from roots. Tree was taken out from pot and with help of bamboo stick old soil was loosened and removed. no washing out with water. Step by step I moved more into the core and found few bigger stones embedded in there. All were slowly removed without damaging roots. As it went so easily almost all of the old soil was removed. Finally tree was planted back into same pot since I had no suitable ceramic pot around. As you can see now tree is much deeper and you cannot see nebari now.
Than tree was sitting outside for a while and was not waking up even if there was the time I thought. Weather went crazy in late spring and night frosts were forecasted in late April. I was so afraid that I took this oak inside the house for few nights. Luckily with higher temperatures tree finally showed first leaves. When I had feeling tree is safe I made some editing on both trunks. Belt which was pulling smaller trunk towards bigger one was removed. Than smaller trunk moved back a bit and I have to pull it again later. On smaller trunk highest branch growing towards big trunk was removed and new transition was carved. Also top of the bigger trung was carved to have better transition. Then it was  just watered and fertilised. Tree is growing slowly but it looks OK. I hope it will show more vigour next year since branch structure must be reworked and it could be done only with strong tree. 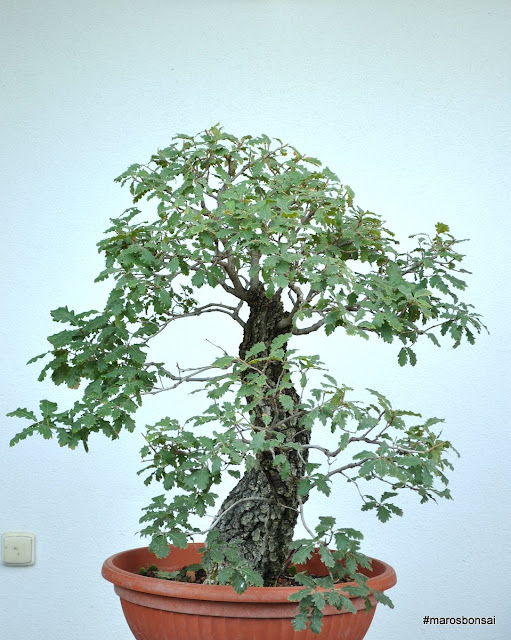 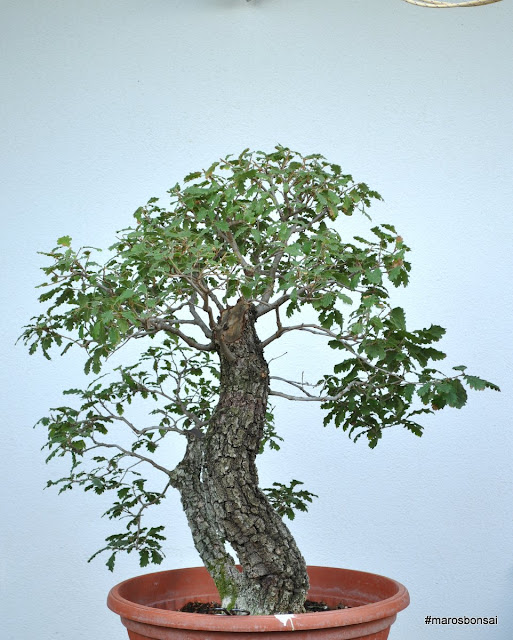 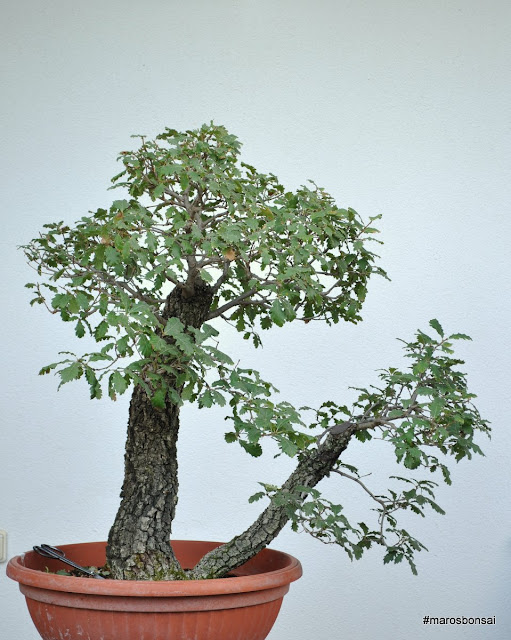 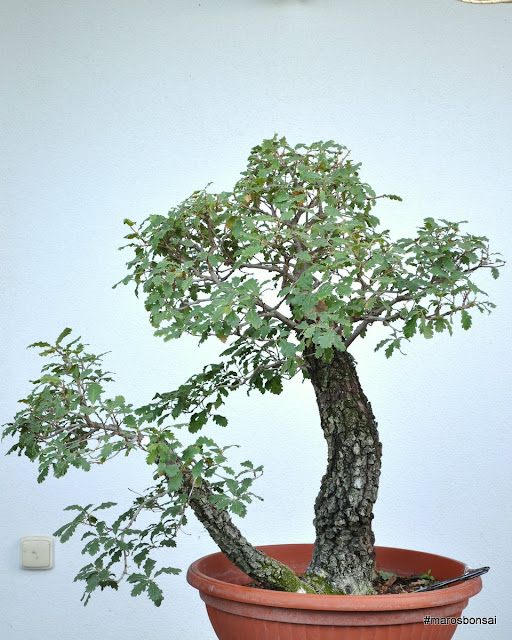 Birch was slightly overgrown so I gave it haircut. After first trimming I made few pictures and I had a feeling I have to make it bit shorter. 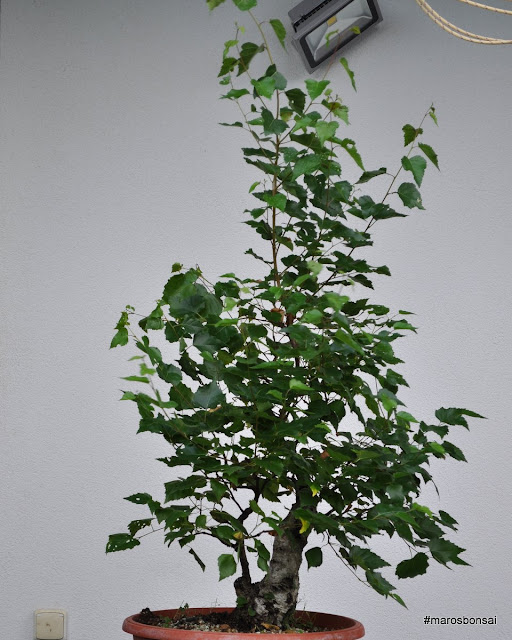 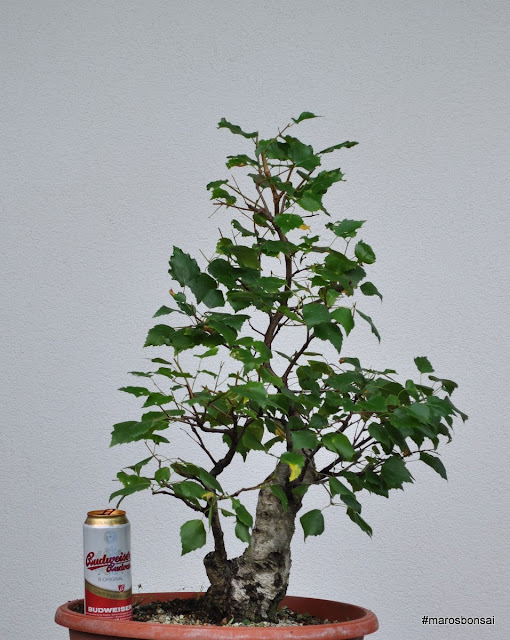 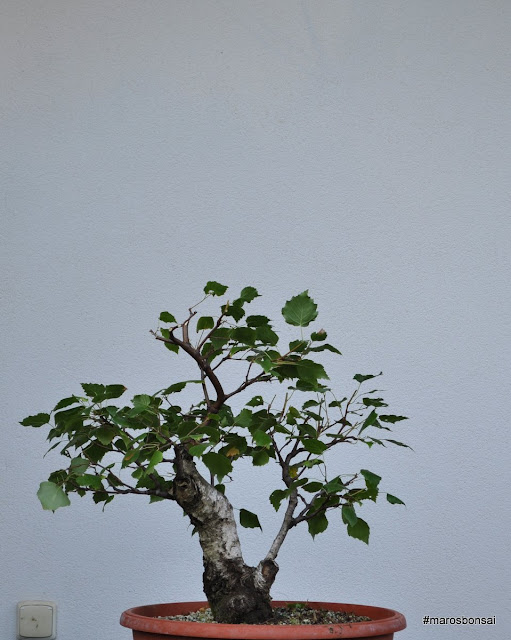 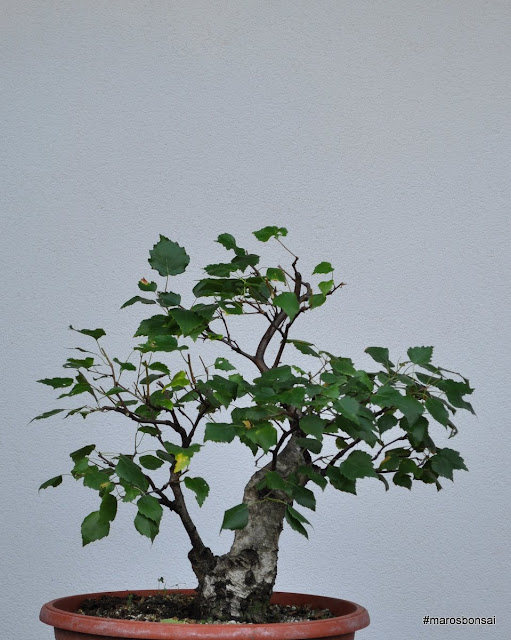 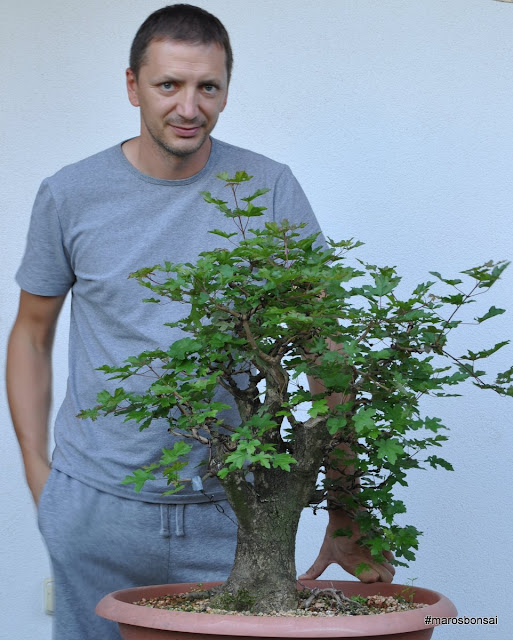 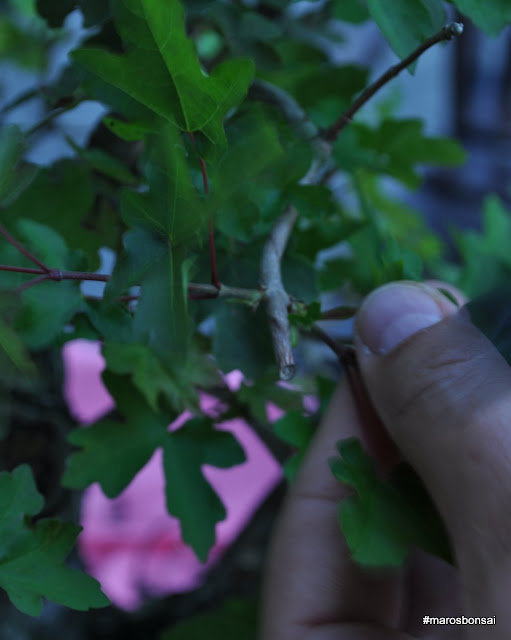 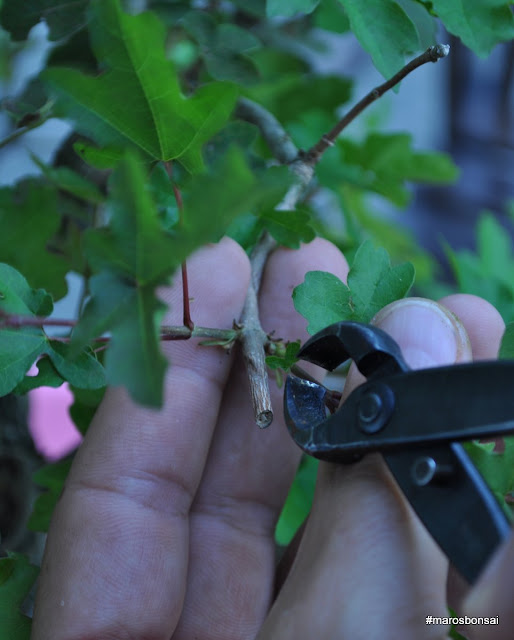 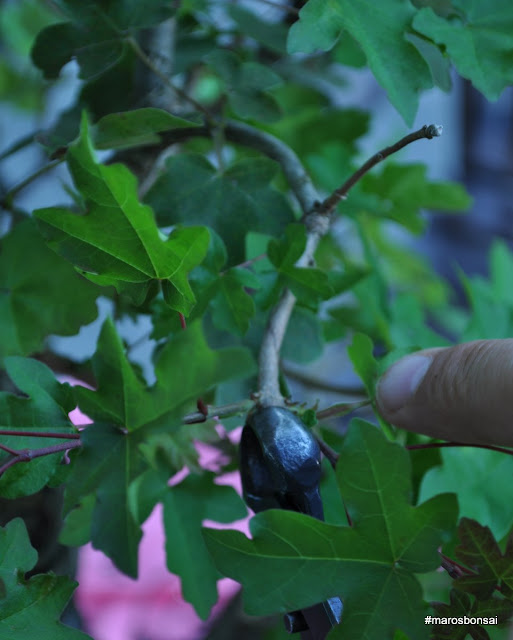 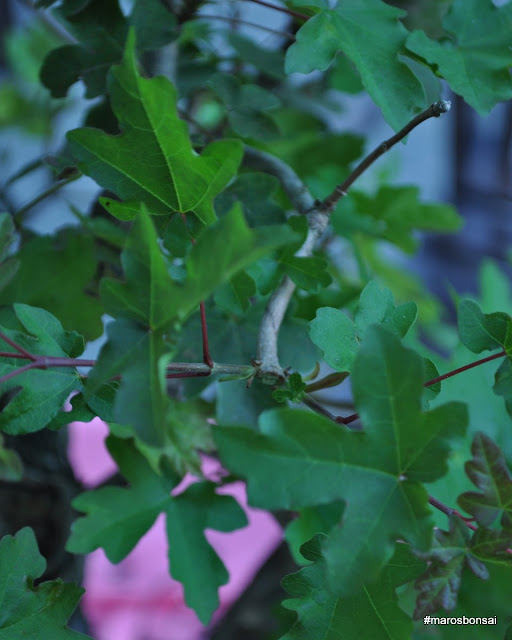 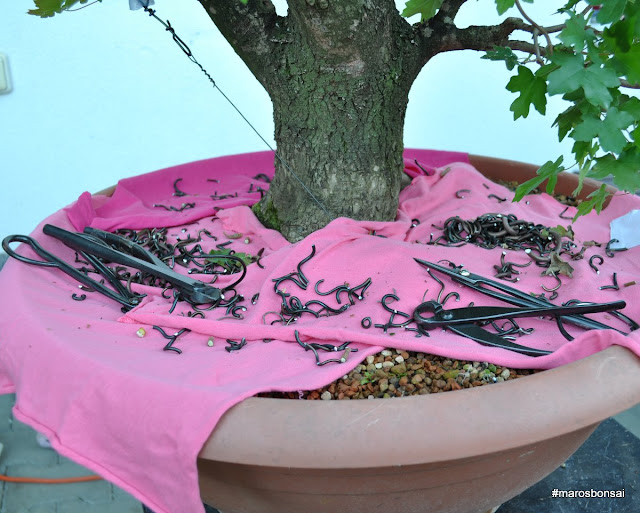 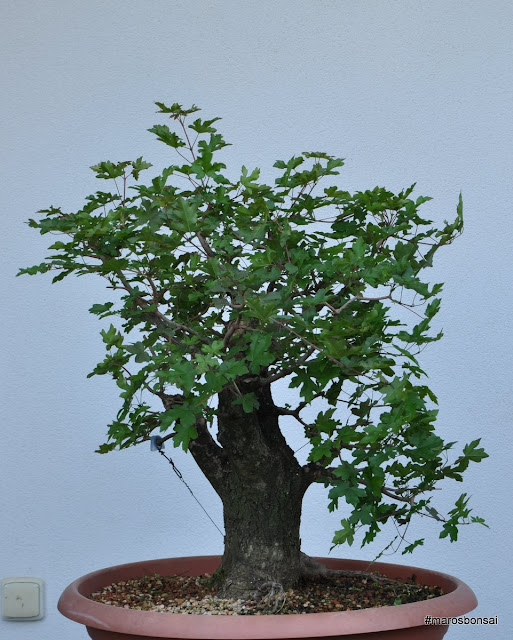 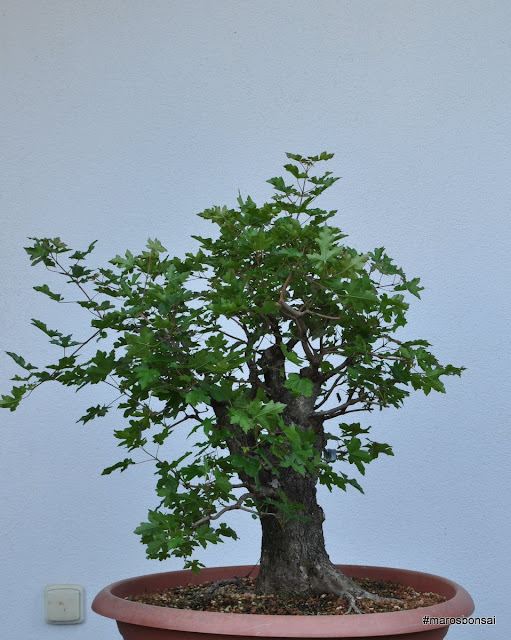 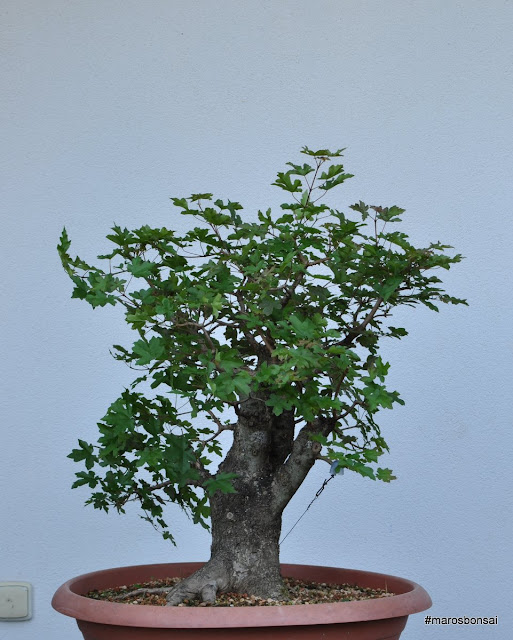 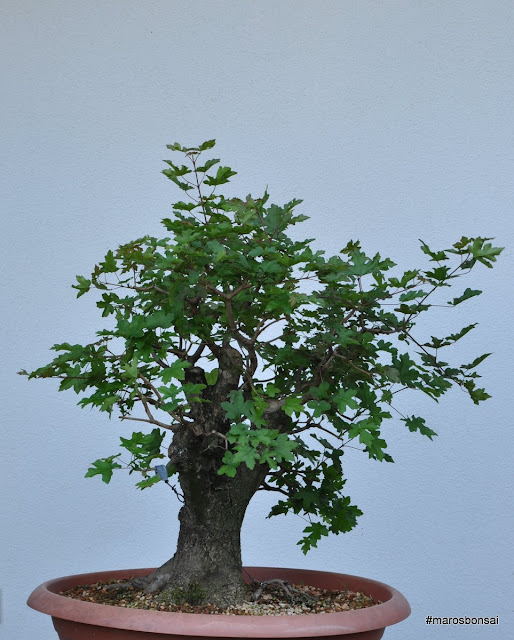 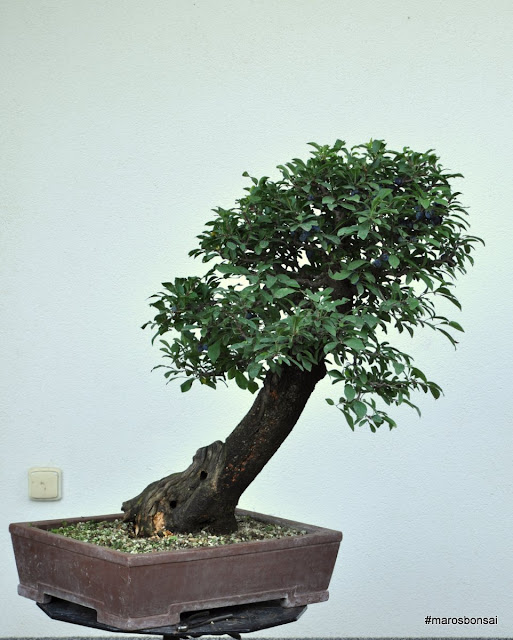 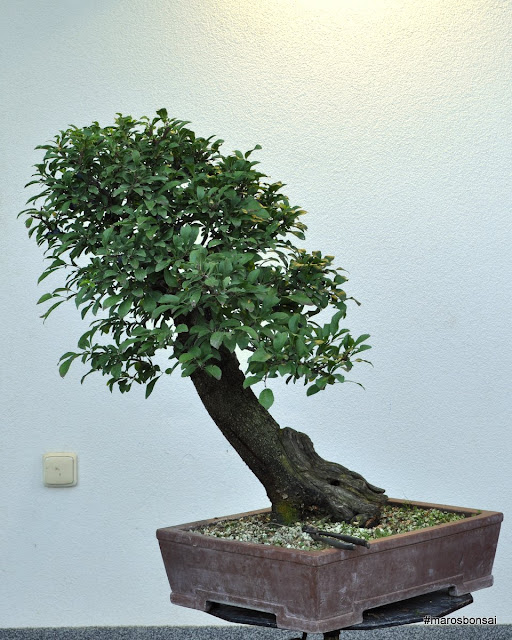 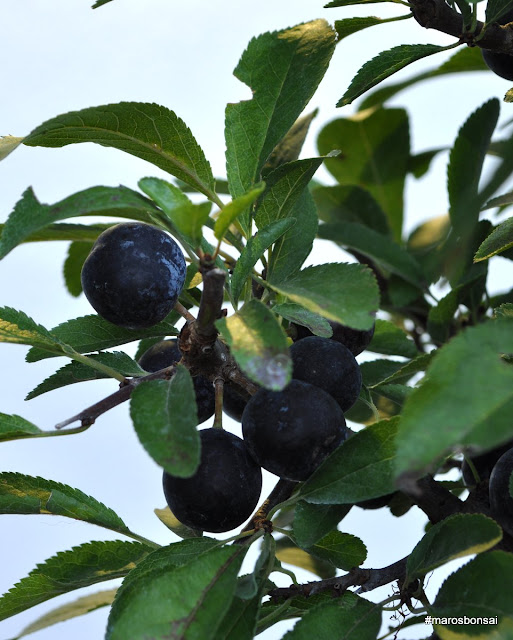 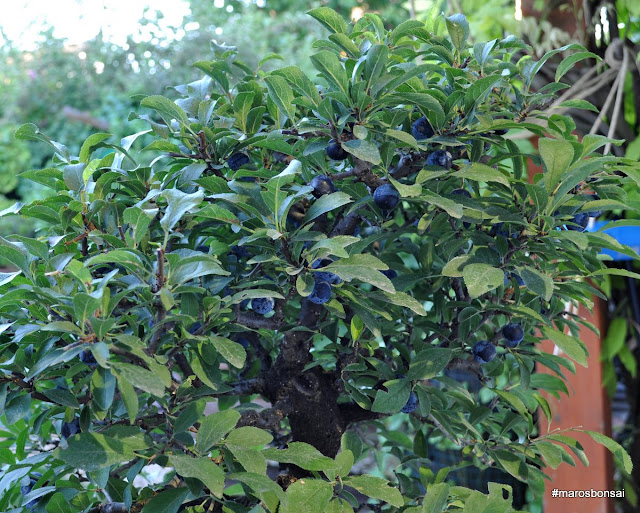