During last weekend repotting session I decided to repot this hornbeam. There have been several reasons for doing it. Personally I do not think it is good to repot trees regularly, nor on annual basis. Tree needs repotting when it is rootbound, due to aesthetic reasons, or health issues. When you are using substrate which is not decomposing in your area then you can repot fairly rarely. Which is advantage, since tree after repotting needs some time to find its balance again which could be from few months to few years.

So my reasons here were that I needed to do some major root work here. When tree was repotted for the first time from plastic bowl into this pot it was in March 2014. At that time I was afraid to do too much root work in one step. Since it was first intervention into roots since collecting in 2009, I was removing big parts of old heavy soil. Some roots were worked back then but it was obviously not enough to fit into reasonably small pot in the future. Since some time ago I try to work with trees more carefully to avoid losing them due to my impatience.

As you can see on older pictures some of the major roots were so lone they were reaching edge of the pot. So few centimeters reduction is needed. One of the roots is also moving slightly upwards from horizontal level of the soil as you can see. So I chose two roots to be shortened, one which was moving upwards and, one on opposite side. One again, most probably it is not enough for final design, but patience and survivability of the tree is absolute key here. Other roots could be shortened during next repotting and those worked this year could be even more shortened in couple of years from now when everything will be allright. By than more fiber roots will hopefully emerge closer to center of the trunk base.

Some parts of the roots from under the trunk center was also removed and residues of old soil from collecting place was removed. As much as I try to avoid washing out soil from the roots, I could not do it this time without water, but just locally on on spots where old clay soil was left. I have found one little rock between the roots. You can see it next to pot on turntable. I will keep it for a while to have memory on collecting place.

Now tree sits in the pot just a little bit lower and two removed roots allowed tree being turned into little bit better position. But in any case I try to make the tree look good from all sides. Some of them are obviously better than others.
Fairly complex post about history with a lot of pictures could be found here. 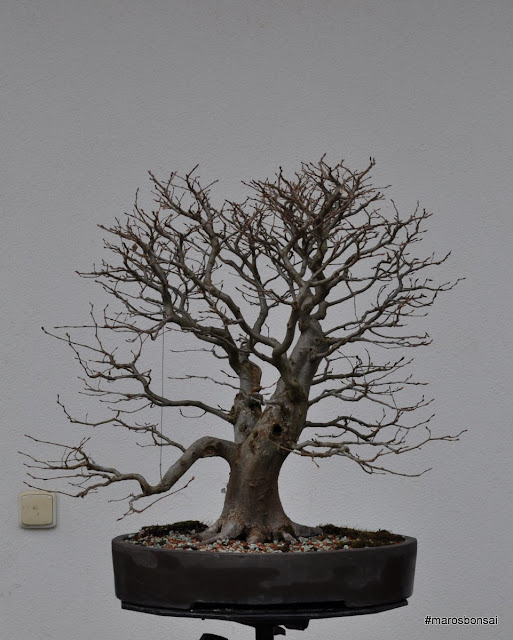 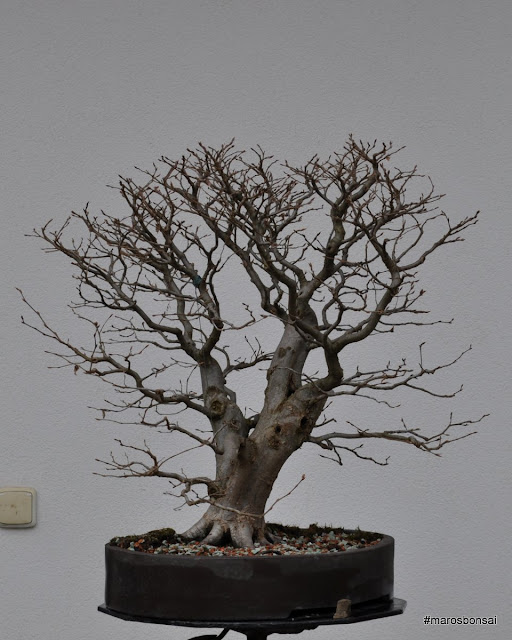 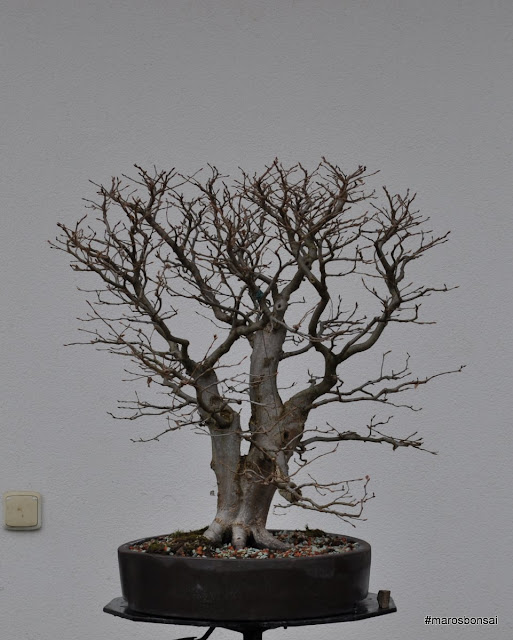 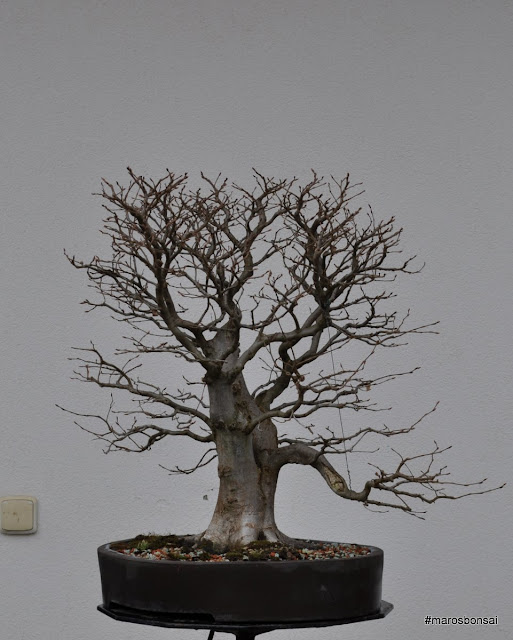 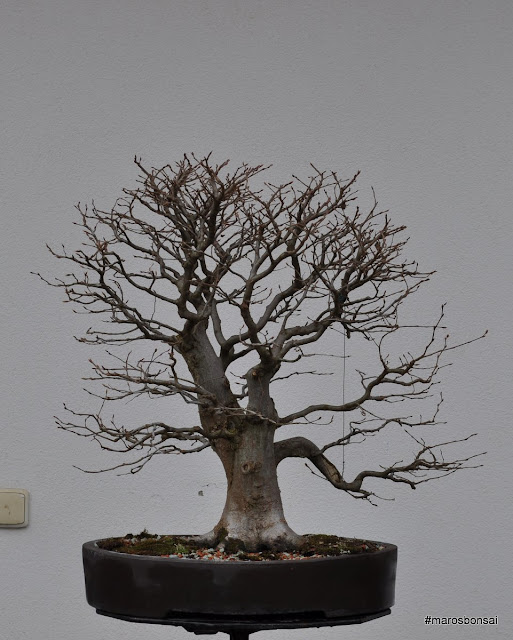 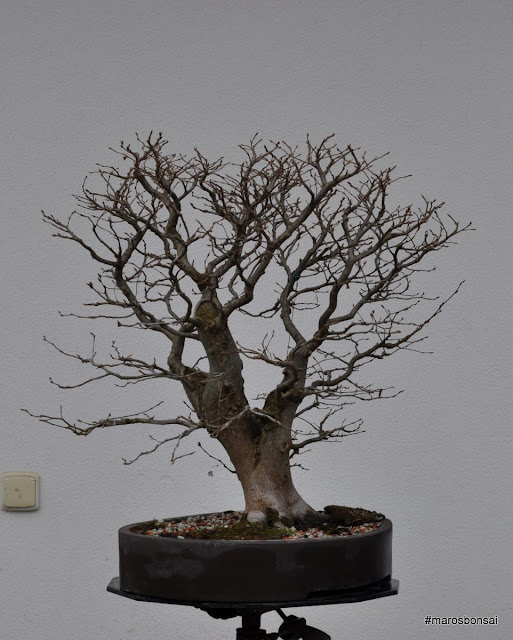 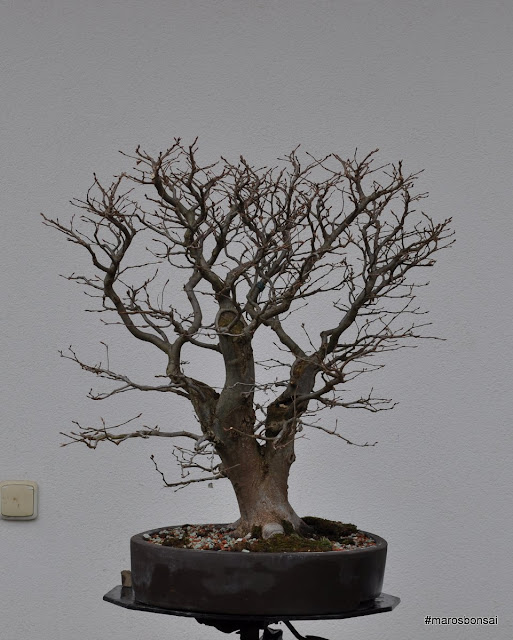 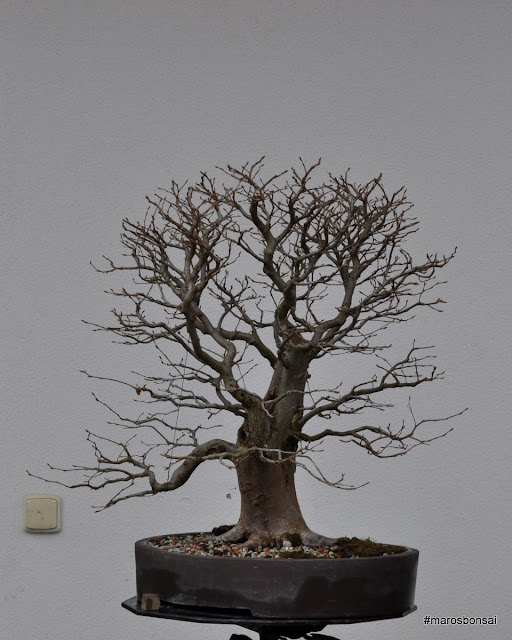 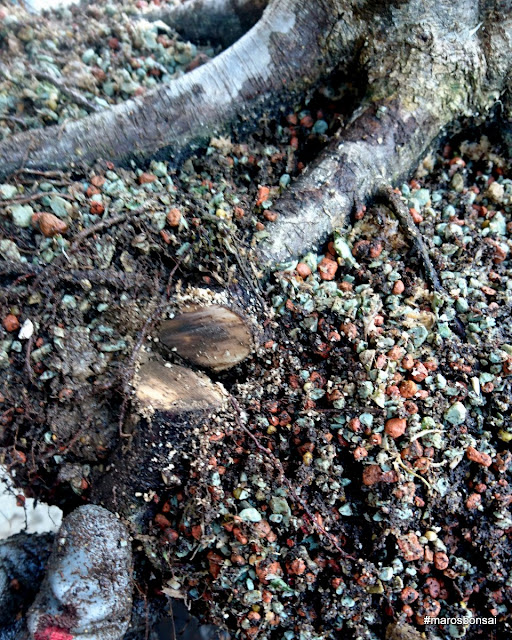