This elm was reported in spring, severely root worked. Due to lack of suitable big ceramic pot, it went back to plastic bowl again. Straighten up to have a better position. An improved soil mix with more pumice, Terramoll and lava since it is lighter than my standard mix with prevailing zeolite. Since march growing nicely, several times cutback of the top and peripheral branches.
Now only one long sacrifice branch left to thicken lowest branch base. As you can see from the pictures it is quite long now. It is consisting of three shots. As always in bonsai, there is a controversy if the sacrifice branch with one shot only thickens faster or one which has side branches as well. I'm in the camp of " more branches, more foliage, faster thickening". But who knows.
Anyway, for fun, I took a meter and made measurement if the base of sacrifice branch. It has some 17-18 mm as of today. Let's play the game. Try to guess how thick it will be at the end of October this year when I will cut it off. Write your best guess in the comment section below. Who will be closest to the reality is the winner. The winner can send me pictures of his tree and I will asses it and try to propose how I would design it and why, and I can sketch the virtual eventually. To be fair I will not do any reduction to branch and foliage until last day of October 2018. 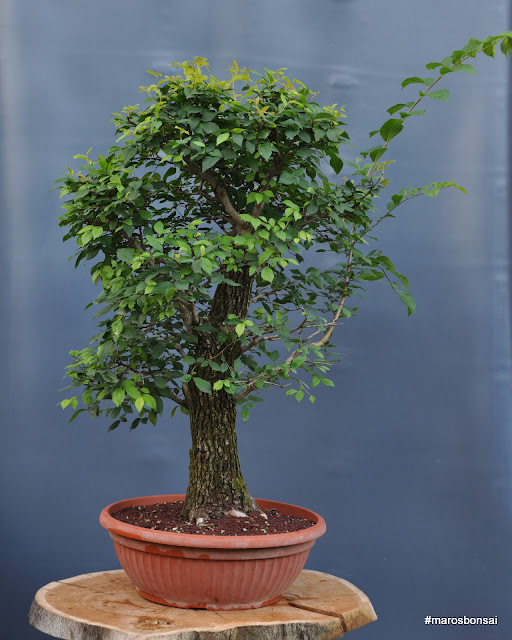 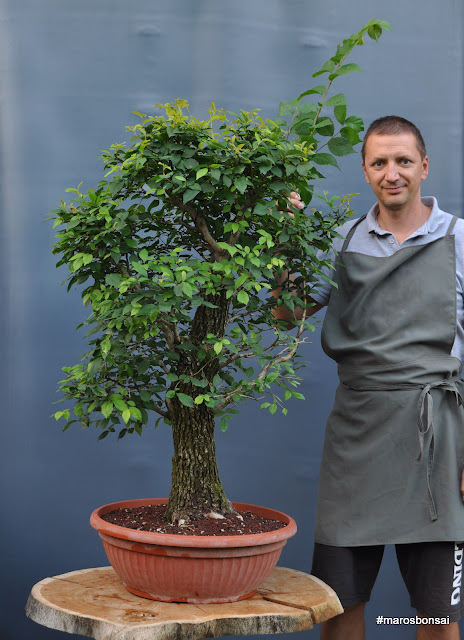 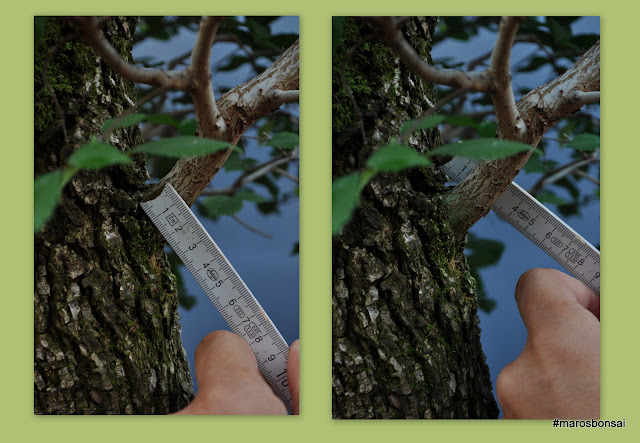