Tilia cordata No.1 in progress

During last weekend repotting session I did the change of pot for this small linden. Now it is sitting in Luboš Škoda pot as you can see from the pictures. The tree was collected from the wild by myself in August 2009.
It was just one month and one year after my first daughter was born. Well, as you can see in the picture, she was assisting me with fixing mesh on drainage holes with wires, and my son was taking pictures with remote control of the DSLR. Just nine years apart. Hm. I'm getting older, it seems. 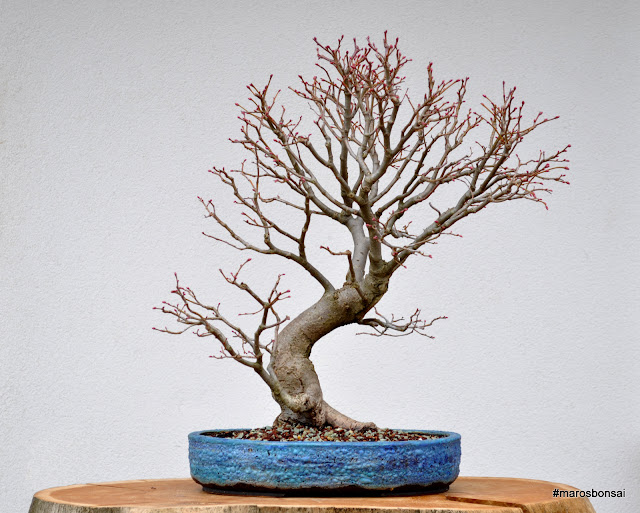 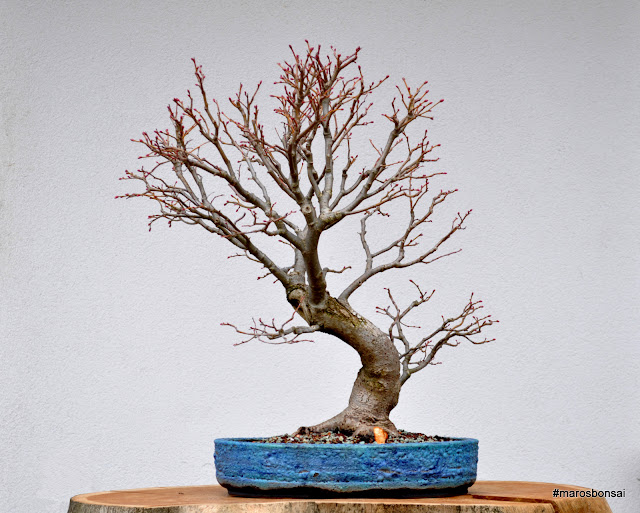 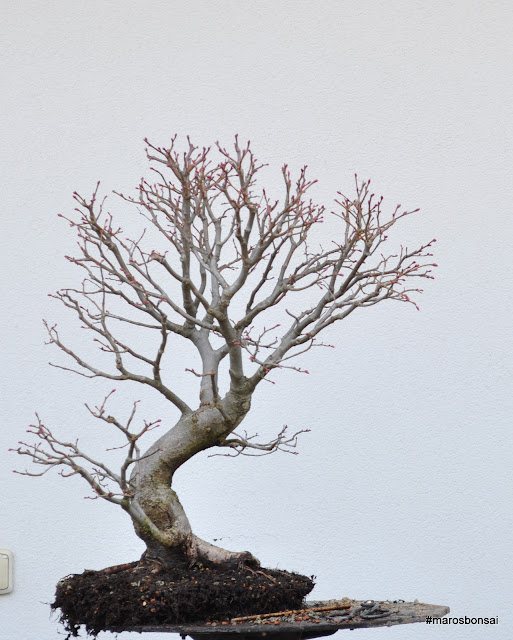 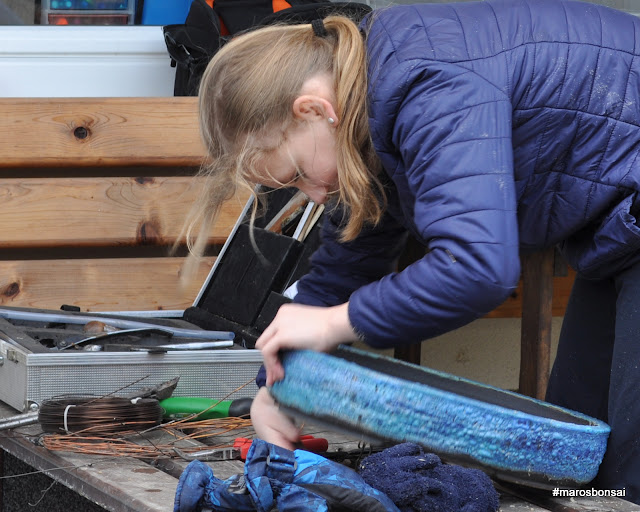 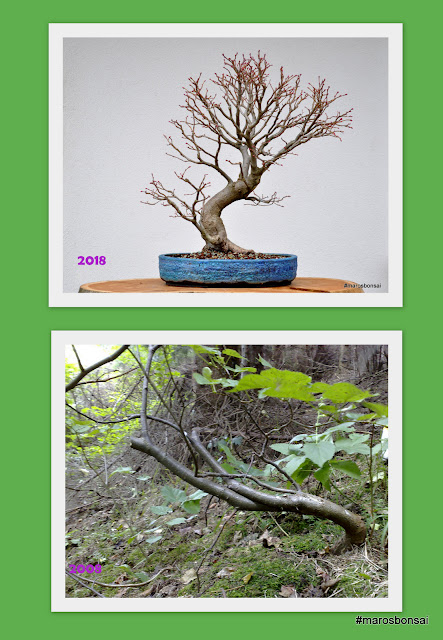 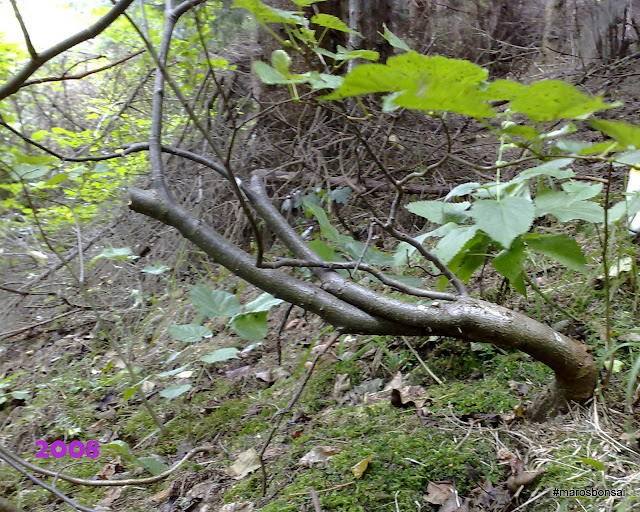 Tilia cordata No.2 in new pot

Linden repotted last weekend into its first pot. Pot made by my friend Daniel Tarcak, the amateur potter with potential for sure. The tree is, unlike most of my trees, from finger thick nursery material I got from uncle years ago, and field grown for a few years. 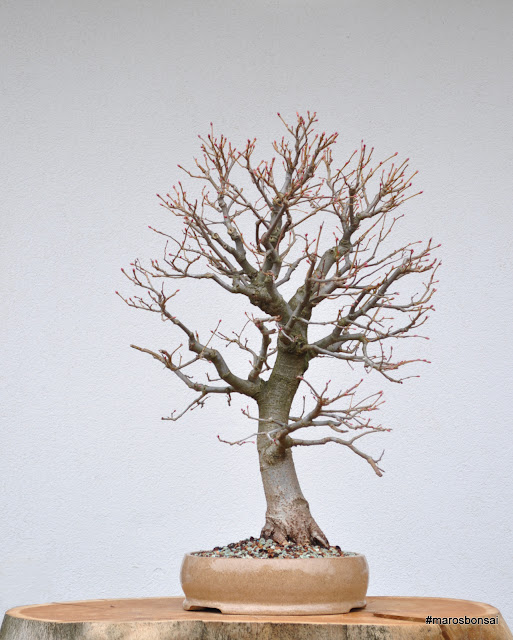 We had nice warm spring Saturday so it was a good time to do some repotting. Larch deserved new pot so it has one now from Luboš Škoda kiln. The pot was not purchased for this larch and it is obviously a bit bigger than needed but it was best I had for the tree right now. Pot is much shallower than previous one, so I covered the top of the substrate with moss to use whole depth of it for potential root growth. 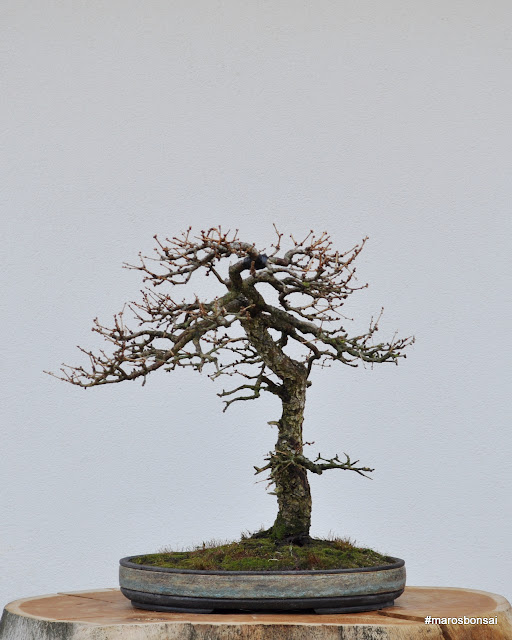 Last week it looked like spring is here. Well, weather forecast this week shows quite opposite and for the large parts of our country, we are expecting unusually frosty time for the upcoming week. Nevertheless, my "Vesna" have different opinions on when to start flowering. Since few days flower buds start opening.
So, I decided last weekend it was time to do some reporting. I got a couple of new pots recently and one of them, from Tomas Snovicky I used for this dogwood. This is yamadori tree collected from wild some time before 2009 (not by myself, so I do not have the complete track of its origin). It was collected from stony grounds and a couple of stones were embedded between massive anchor roots still. I repotted it a couple of times in last decade but took a lot of caution not to kill the tree and I managed to do only minor structural reductions of big roots. Still, step by step. The health of the plant has the highest priority. Now I managed to remove a considerable amount of old thick roots which prevented me from potting it into more desirable position and into the shallower pot before. So Roots are gone, one and half of the stones are gone. One stone completely, the second one is still part of the composition and I think it will stay there. I just hit the last stone with a hammer from underneath and it broke down into two pieces. The tree is now sitting in its new pot in slightly tilted position to the right on the front picture. It is much lighter as well due to removed rocks, few handfuls of old soil removed. And finally, I used lighter particles in the substrate composition. I'm testing pumice, it is lighter and has nice colours. Hopefully, the tree will have all flowers open and I hope to take decent pictures in next couple of days. 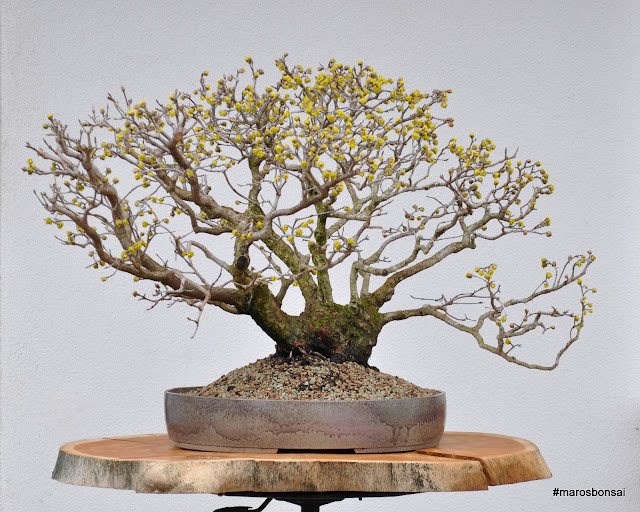 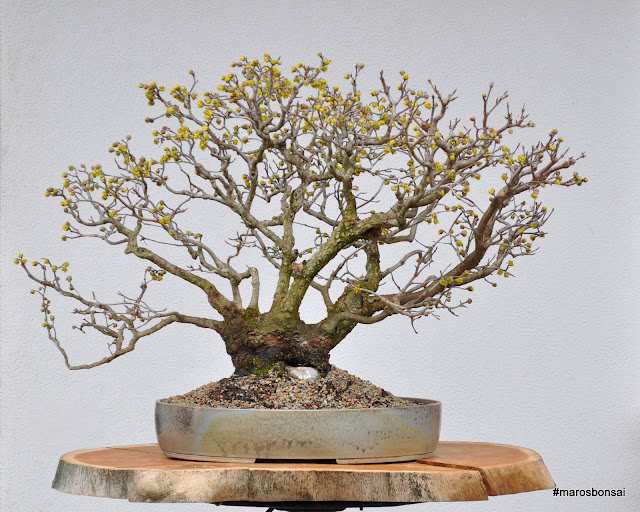