Quercus pubescens No.4 next stage of spring

It is ten days since last pictures of this oak bonsai and difference is huge. Size of leaves is not final yet, unfortunately. 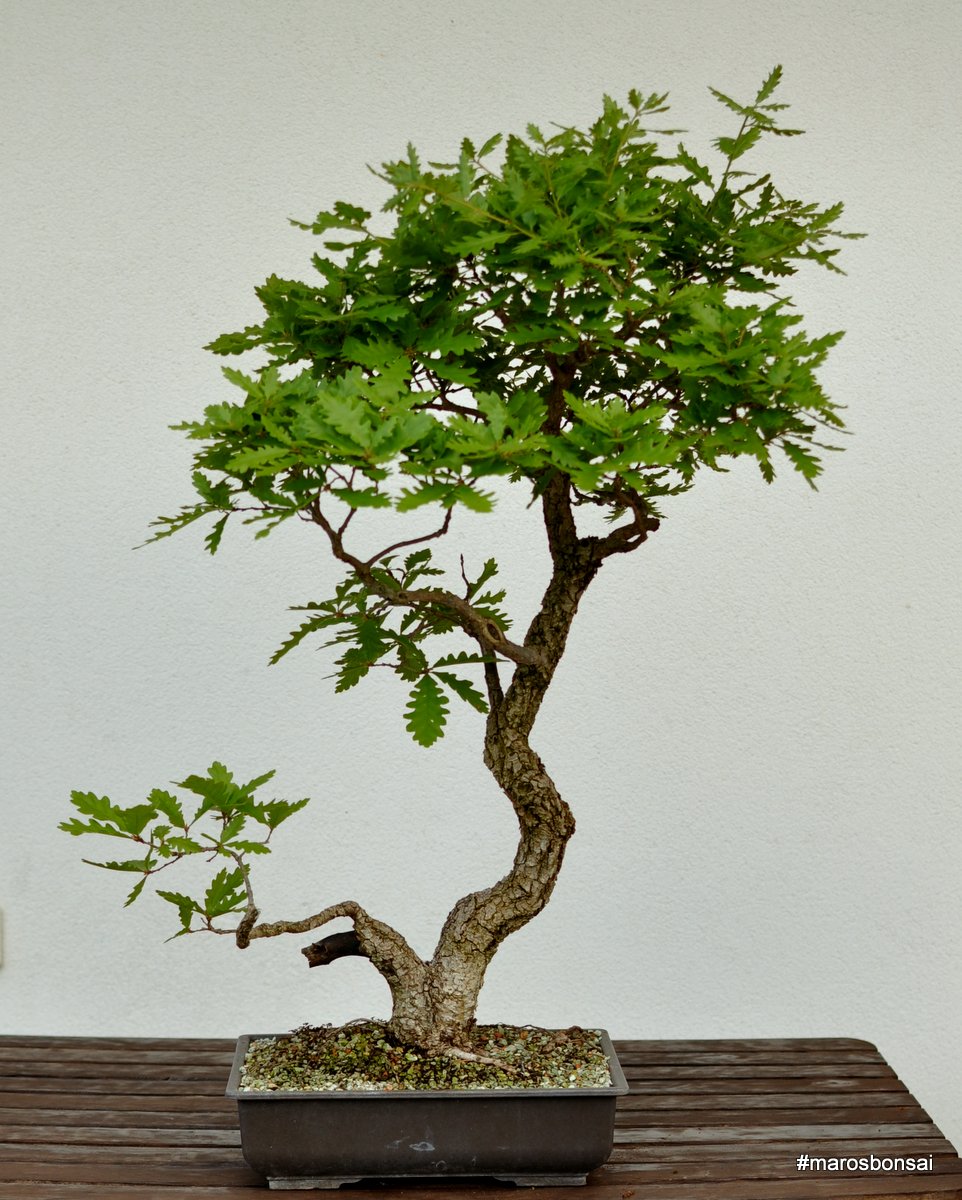 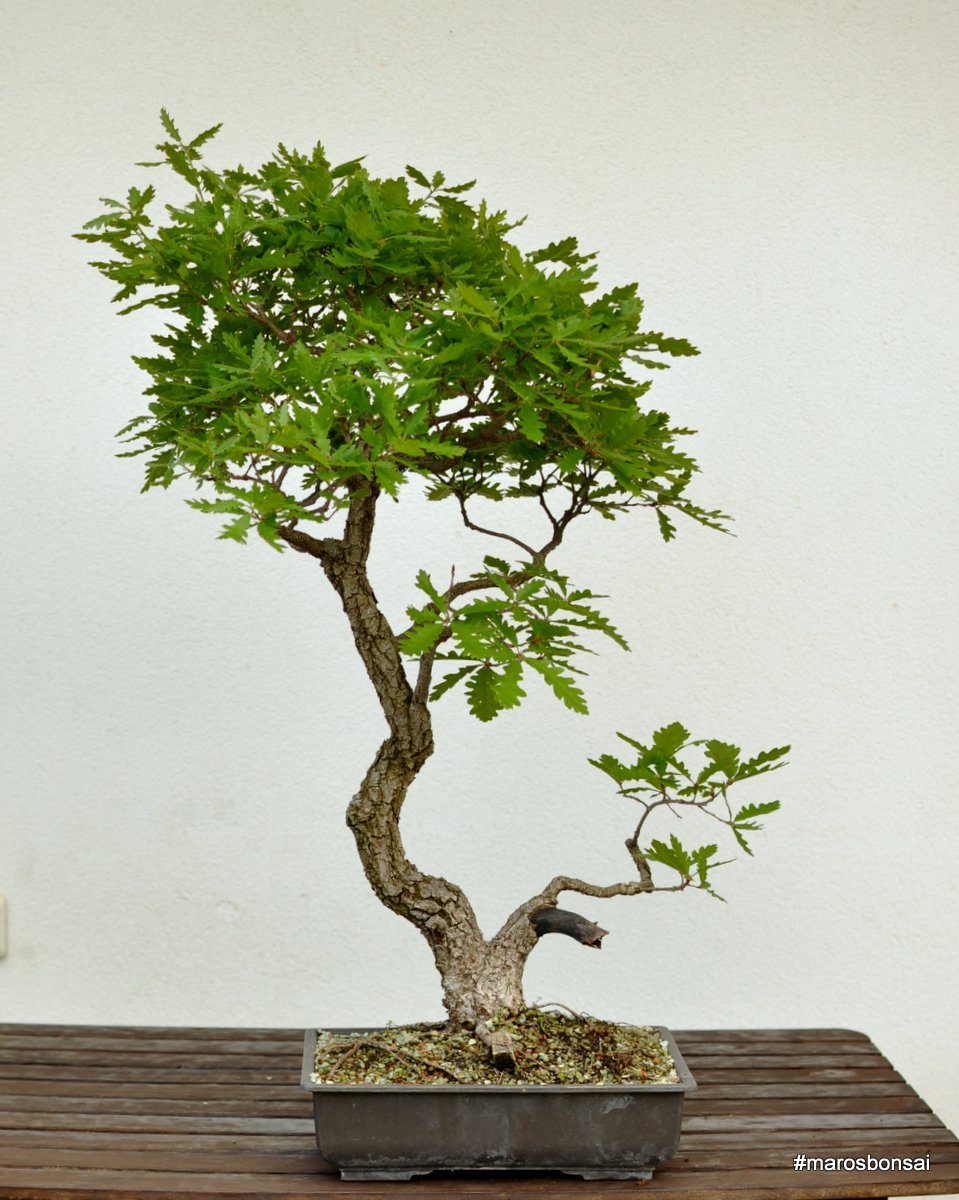 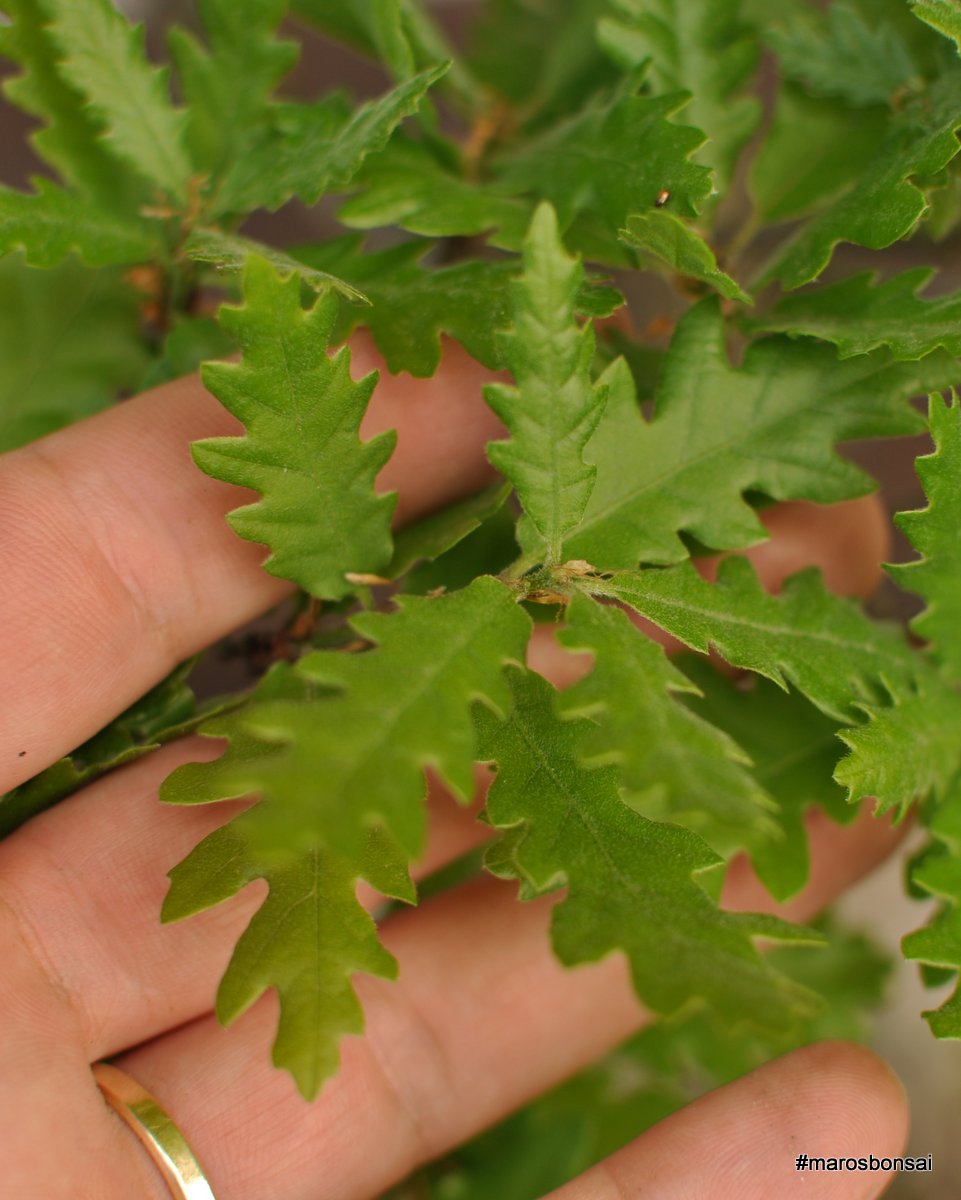 Few days later and shy  leaves turn into full sized. Crown is completely full now and shoots are very long. Few more weeks and I will have to cut it drastically and defoliate it for the first time this year. 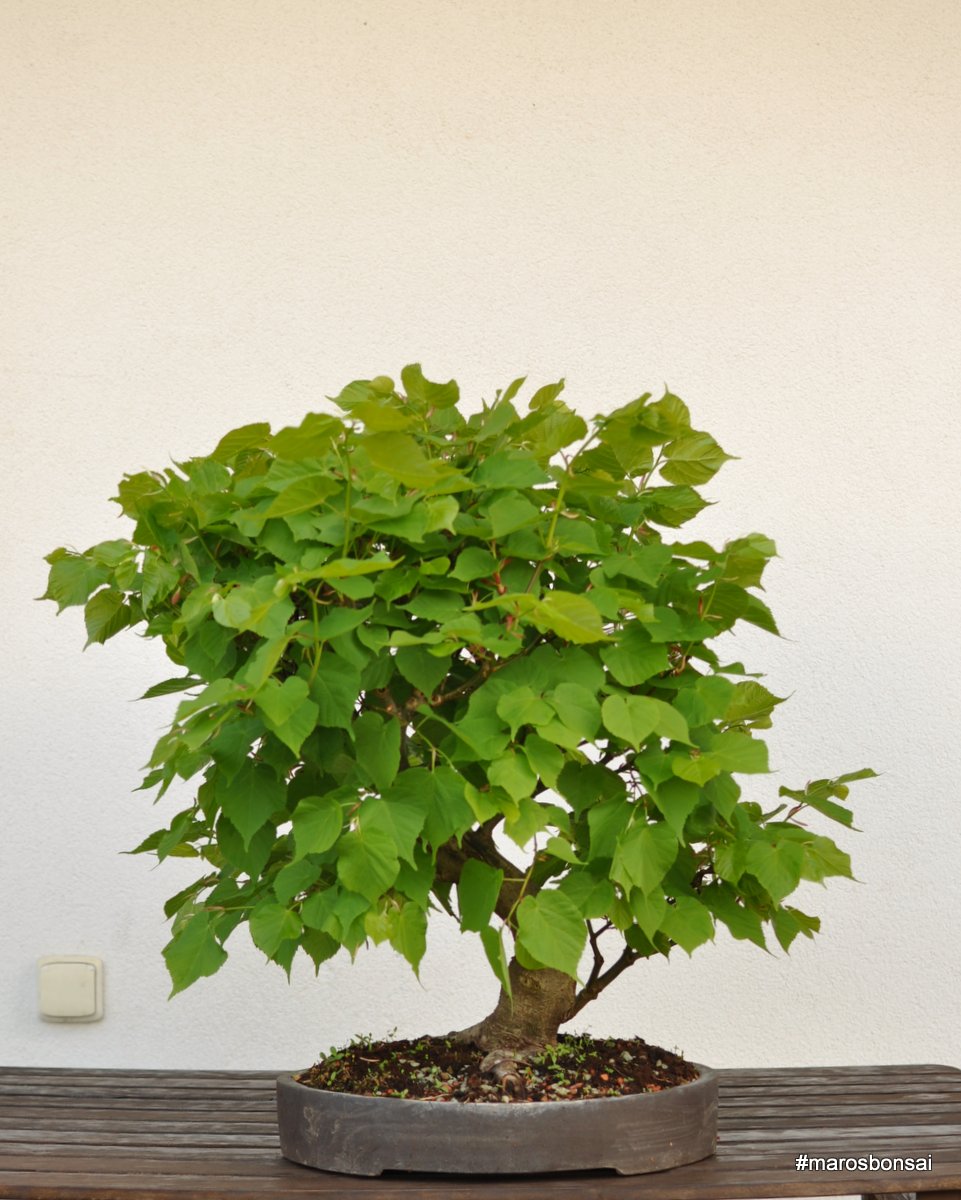 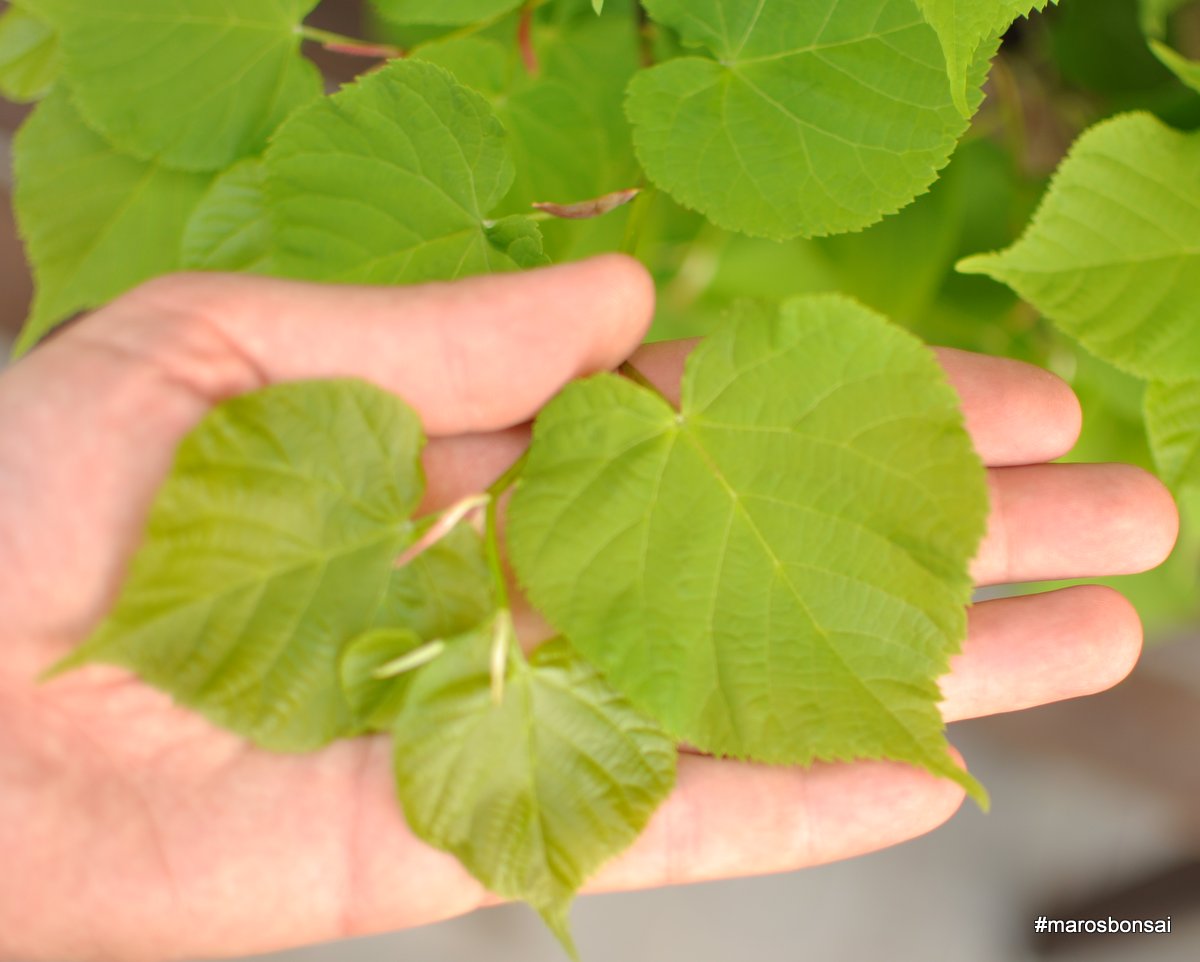 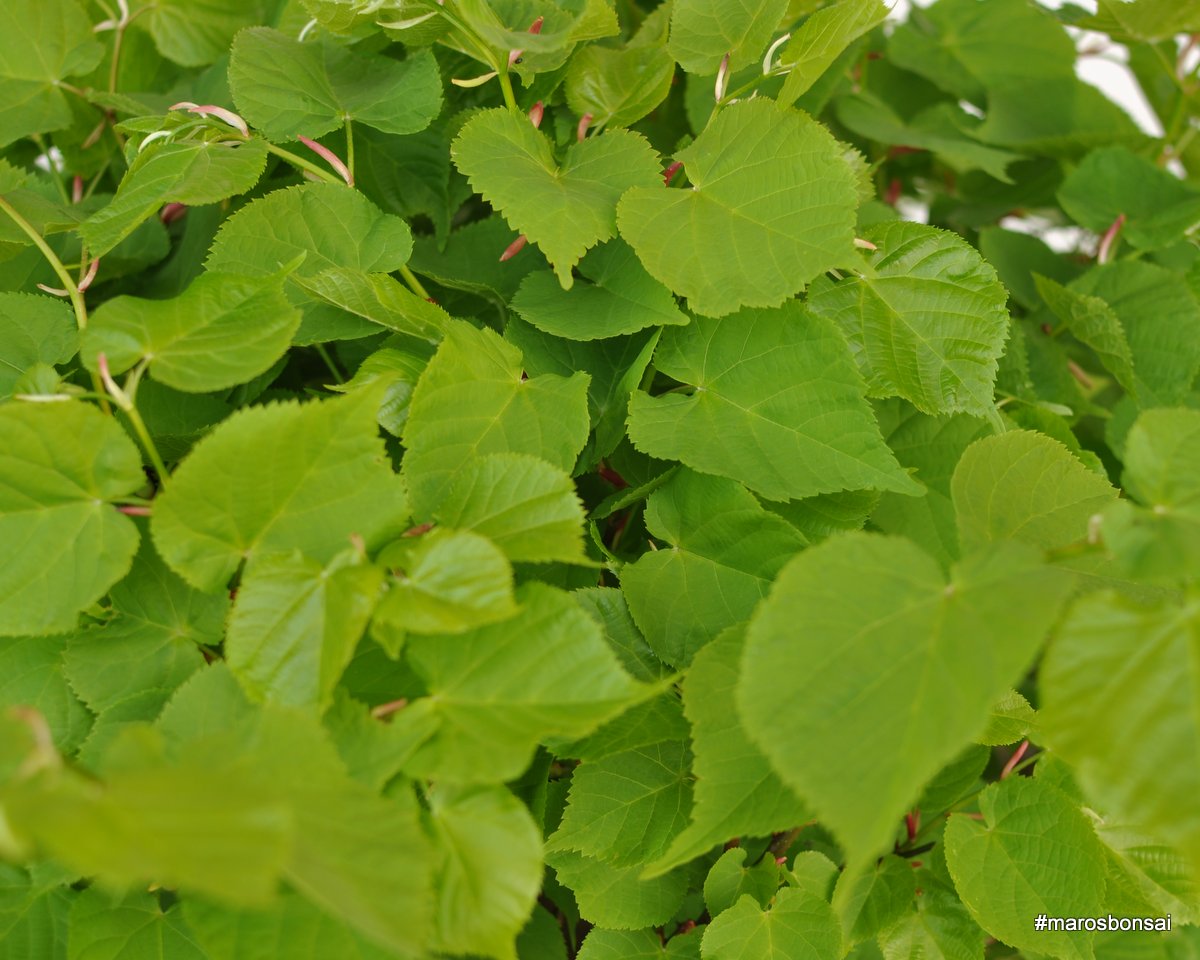 Today I made few shots of this little tree. It was wired and styled in December last year and you can find his short history in pictures in post here. Leaves are now emerging and are small yet. Structure of the crown can be still visible for a while, but it will change in about one week. Top of the soil was covered with moss but it did not made it during the winter. I have to apply new moss in next few days. Pot is not final and is too big. Tree is vigorous so it can handle smaller pot without problems. May be next season. Last picture is one of possible future fronts. But with naturalistic bonsai you should have nice tree from more sides. I'm sure with this fraxinus this is the case. 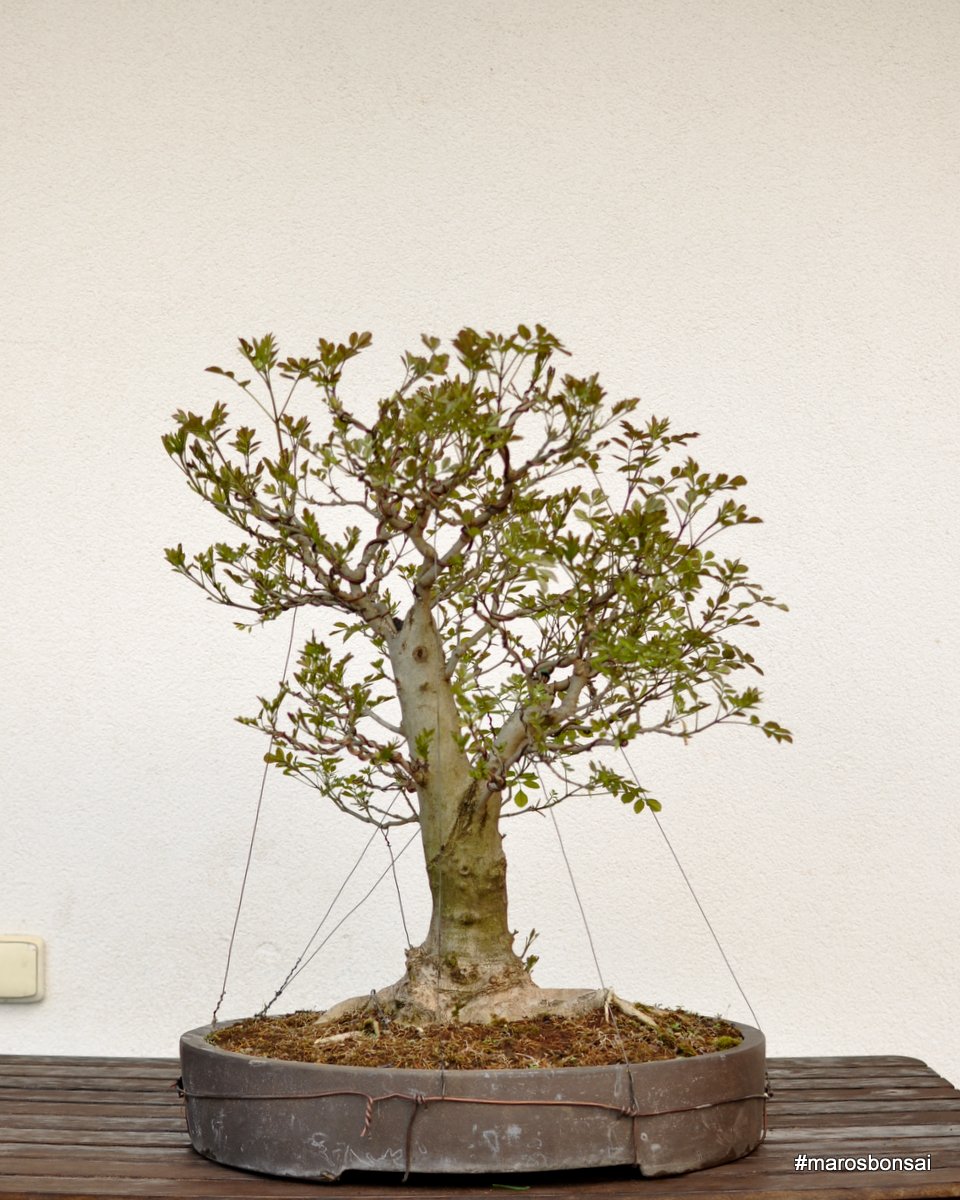 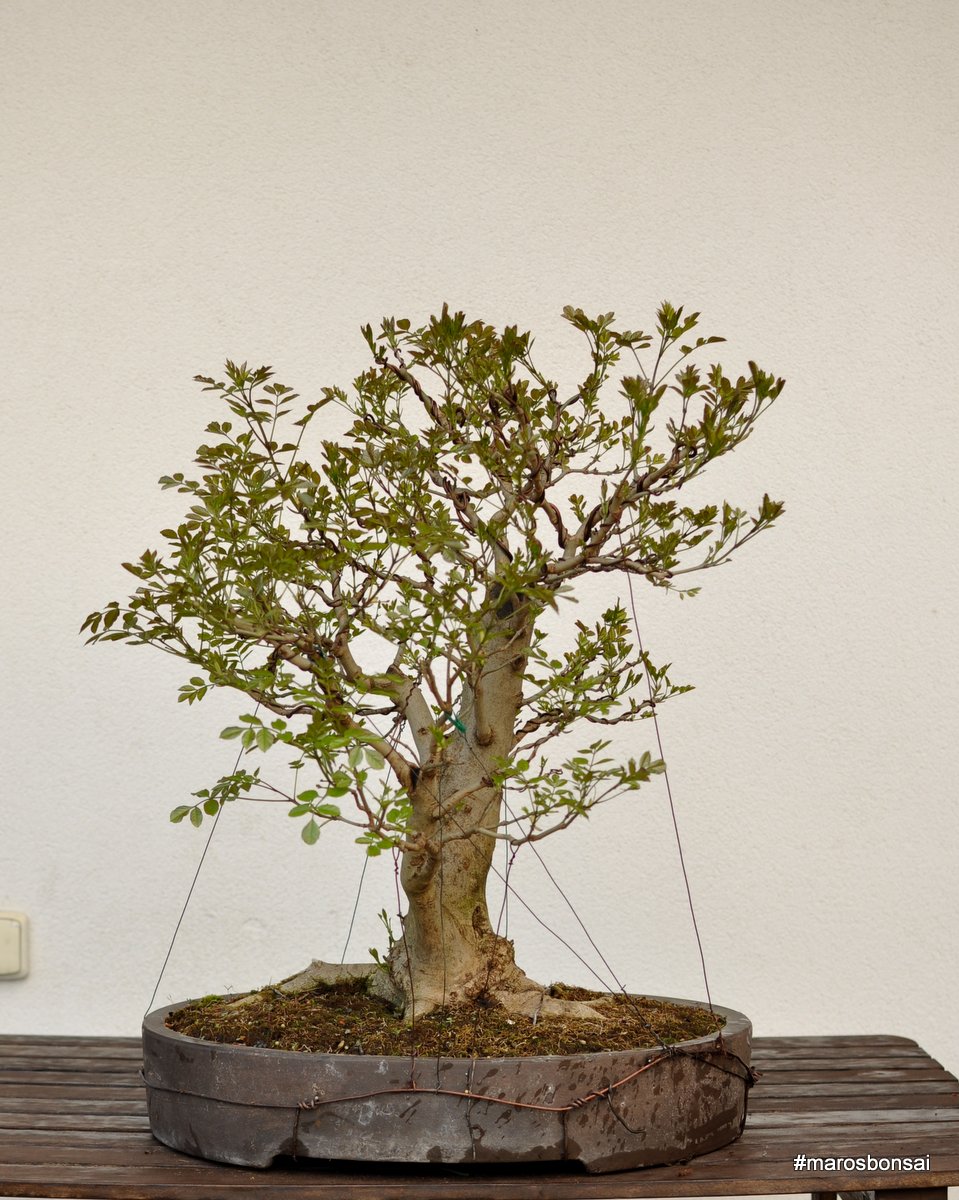 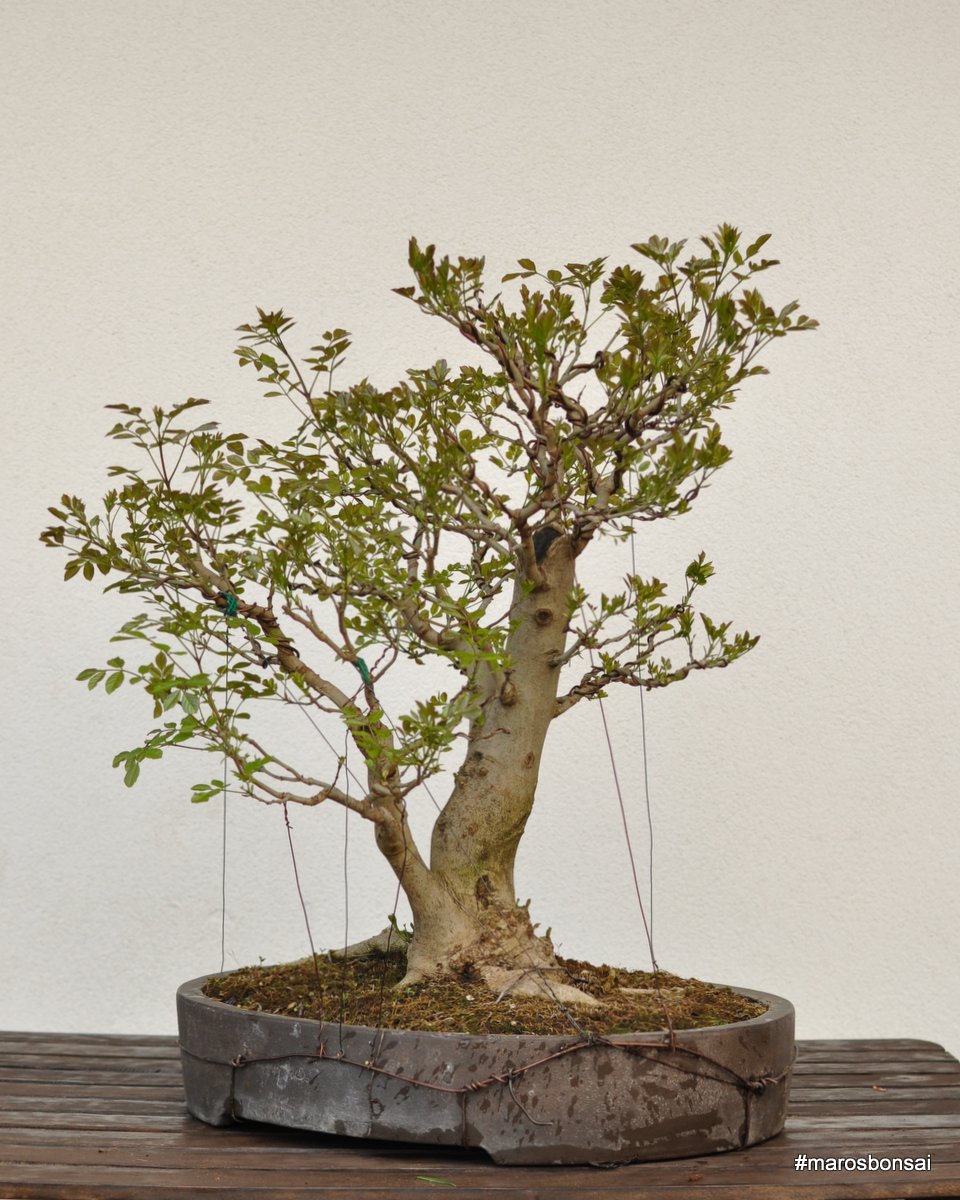 Sometimes we'd just sit out and wait for the stars. 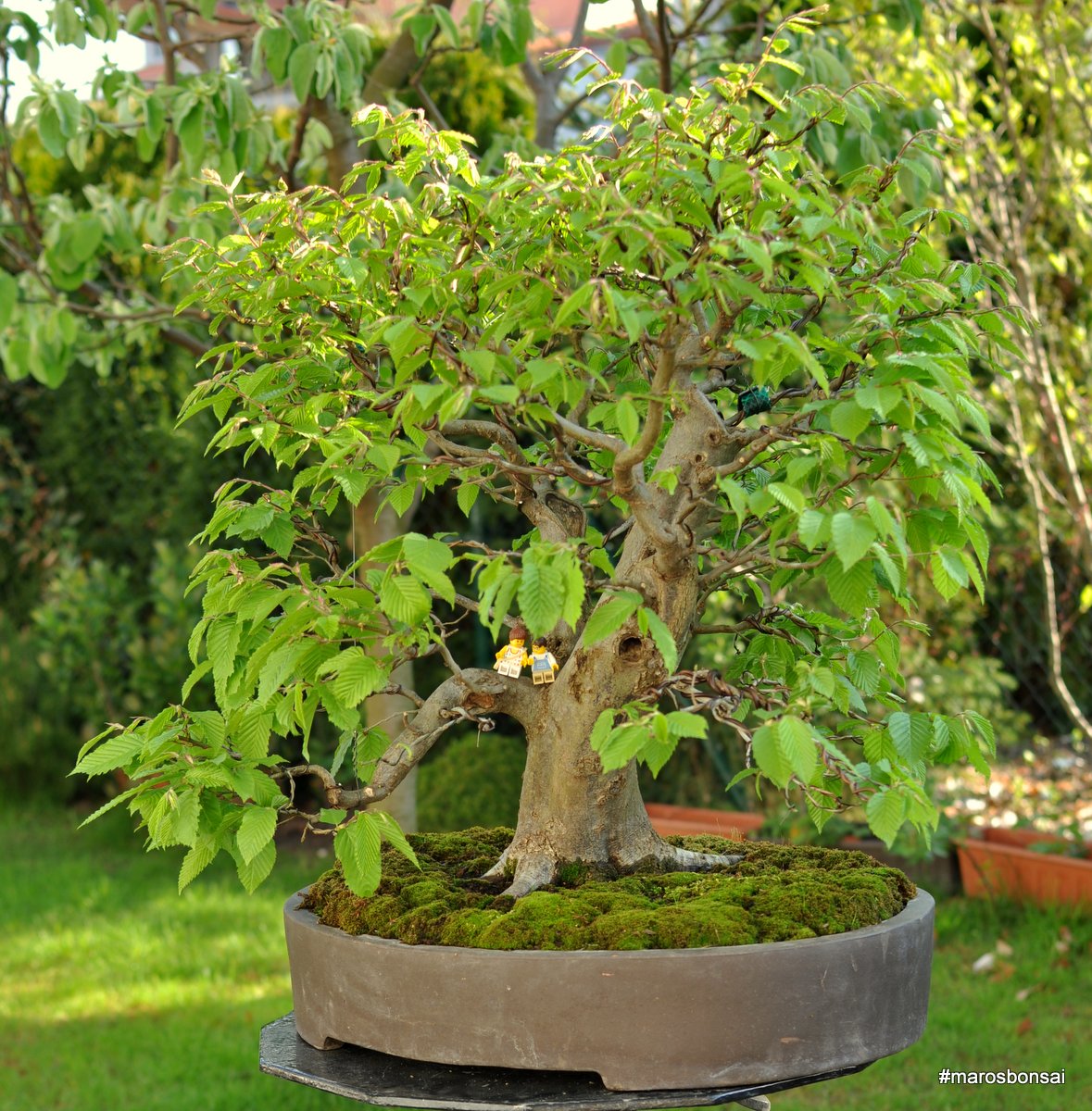 FORREST: “Momma's gonna worry about me.”

She was my most special friend. 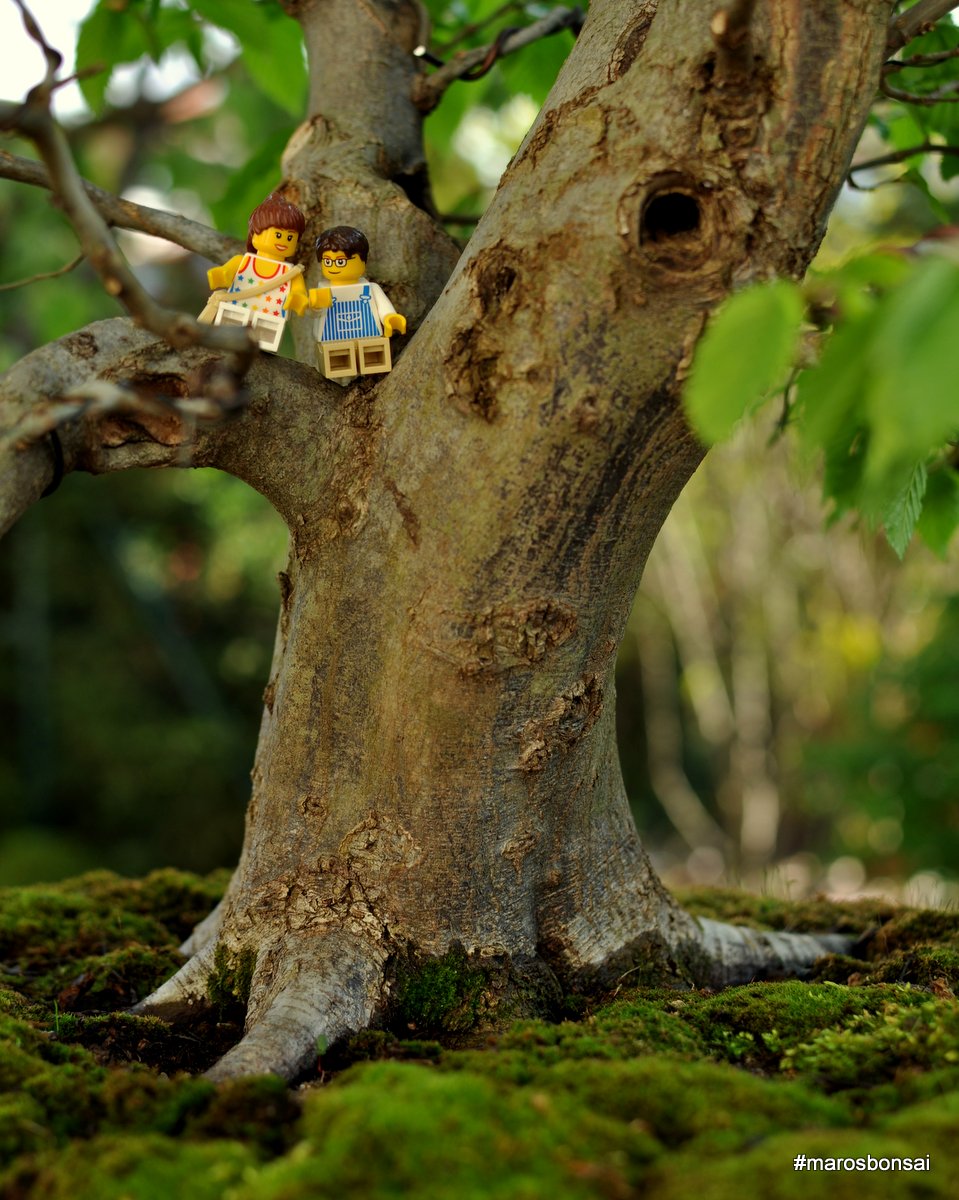 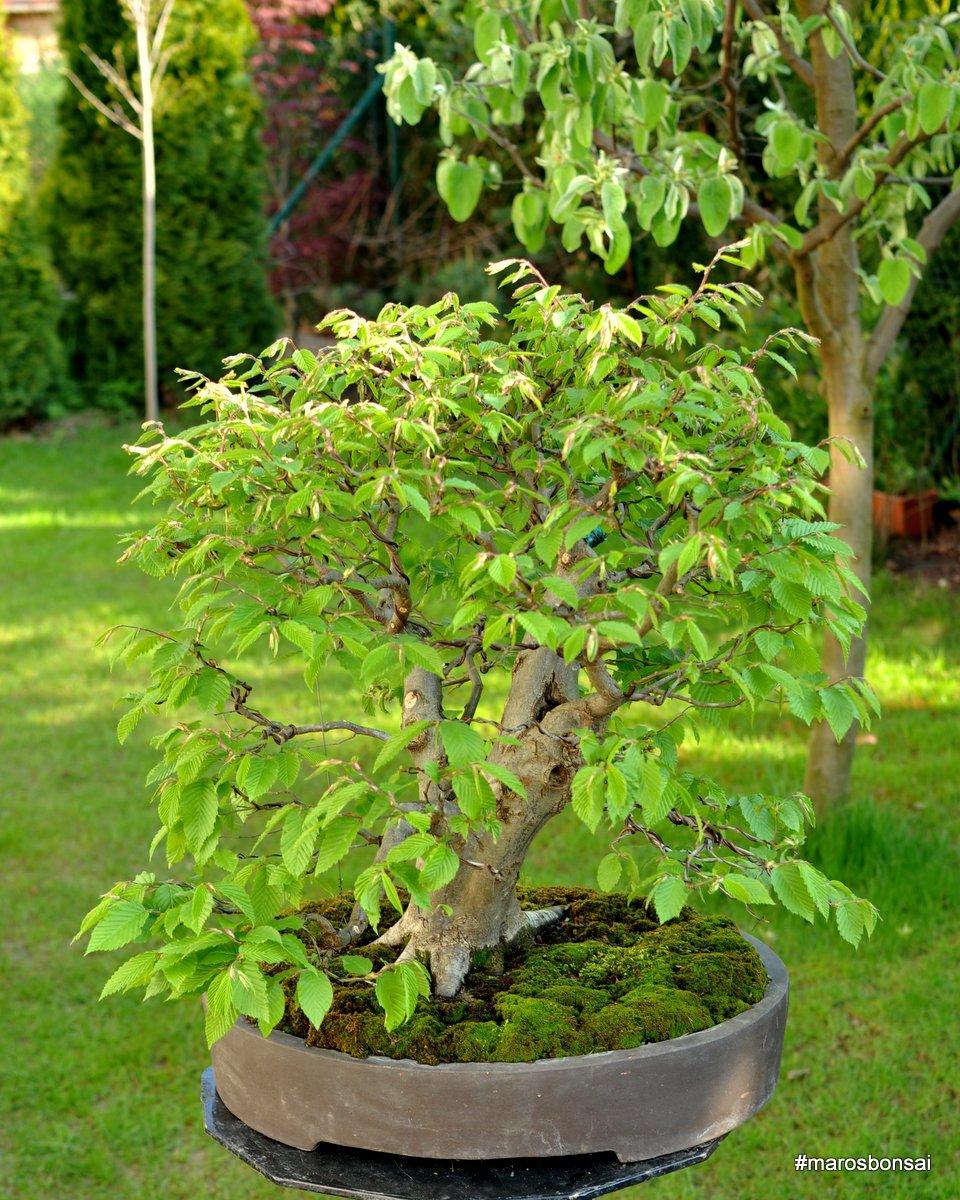 Today I played little bit with this dogwood bonsai. New fresh leaves are out, not yet in full size and definitely not all over the tree. It will be much denser in few days. Sill you can see old remnants after the flowers.
There were lots of dead moss patches on top of soil. So I made quick change. When removing layers of moss and shallow layer of soil which is covering inorganic substrate underneath I find a lot of fiber roots. I knew it happens and I sure it is beneficial for the plant. Those roots will help me when I will repot this tree, maybe next spring. New fresh moss is applied. Hope it will be OK during whole season. 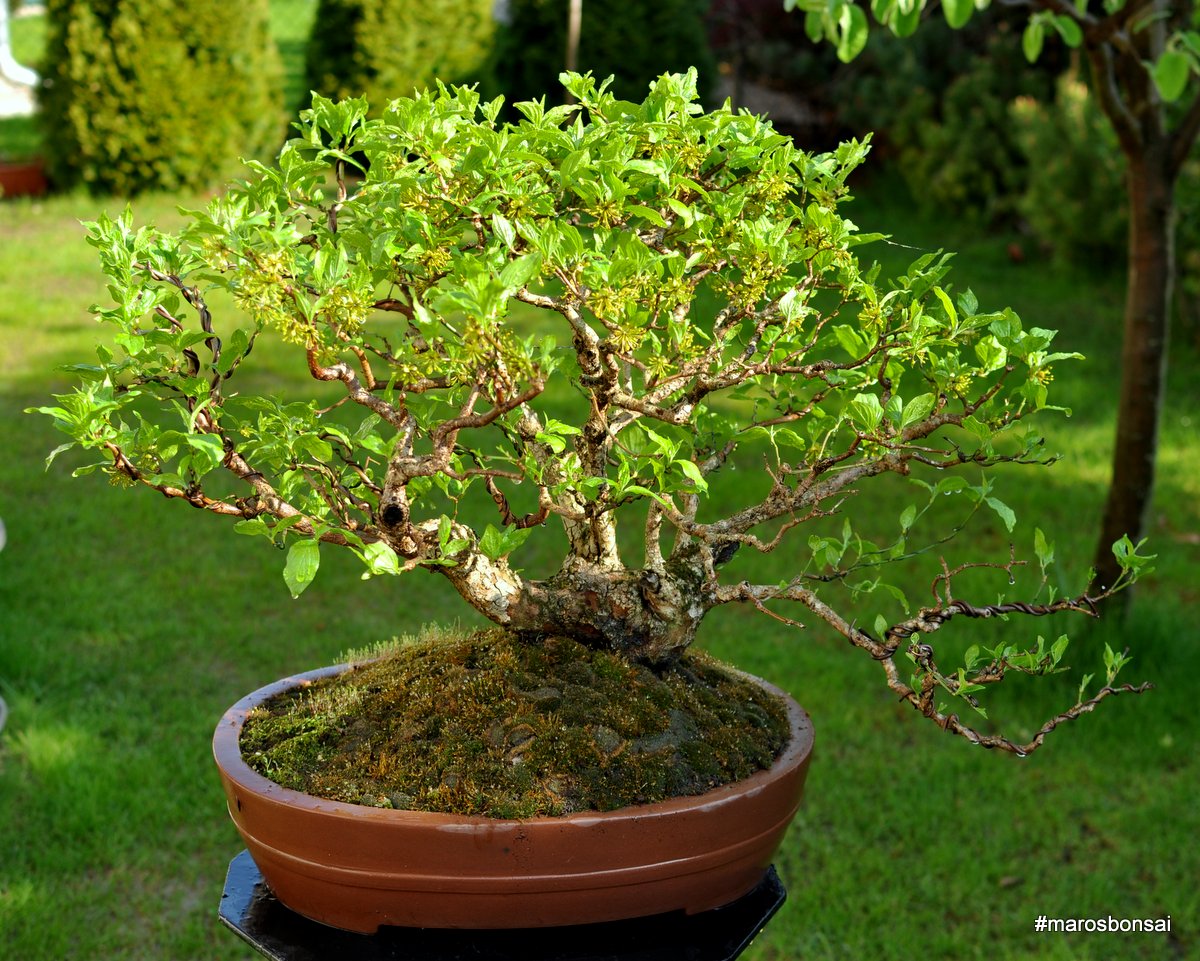 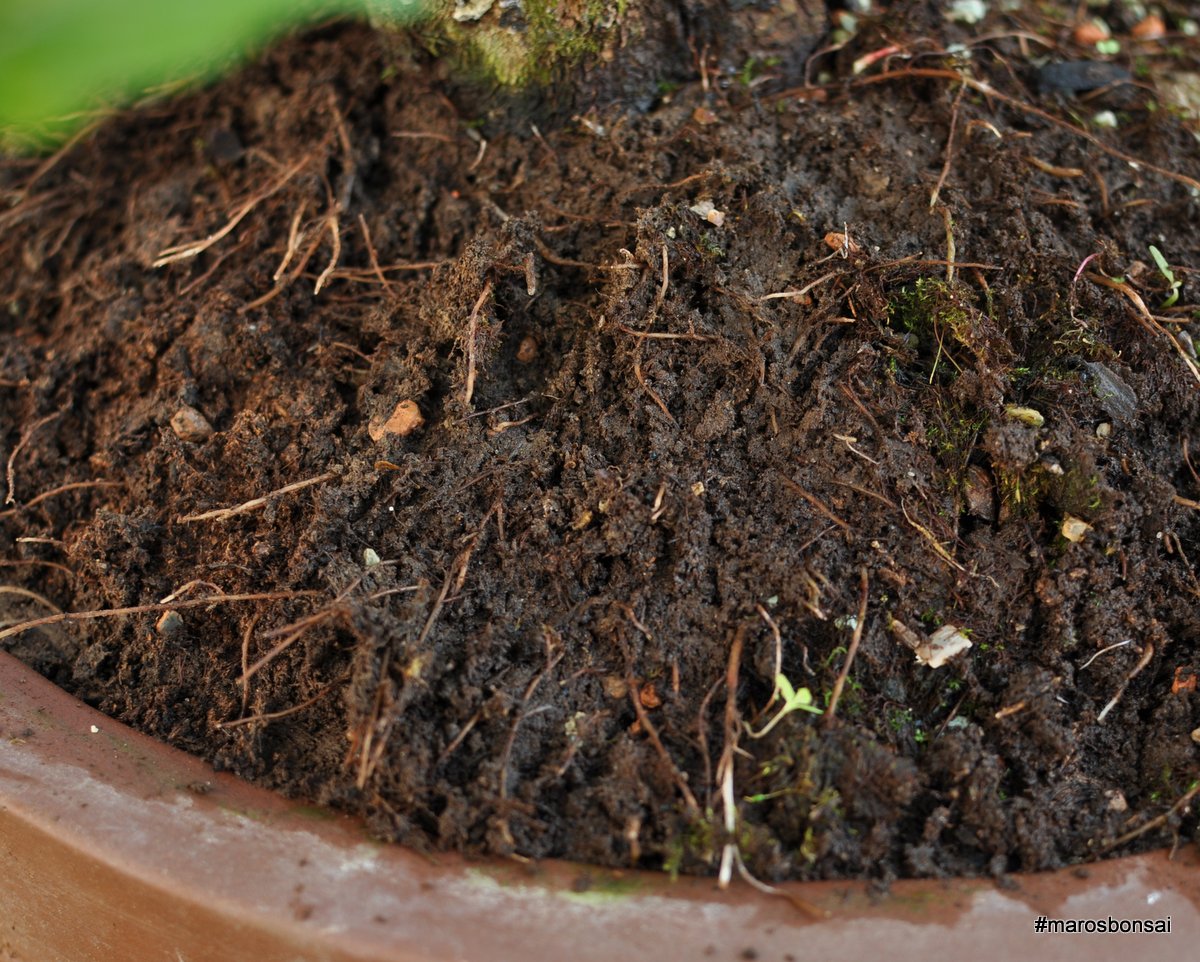 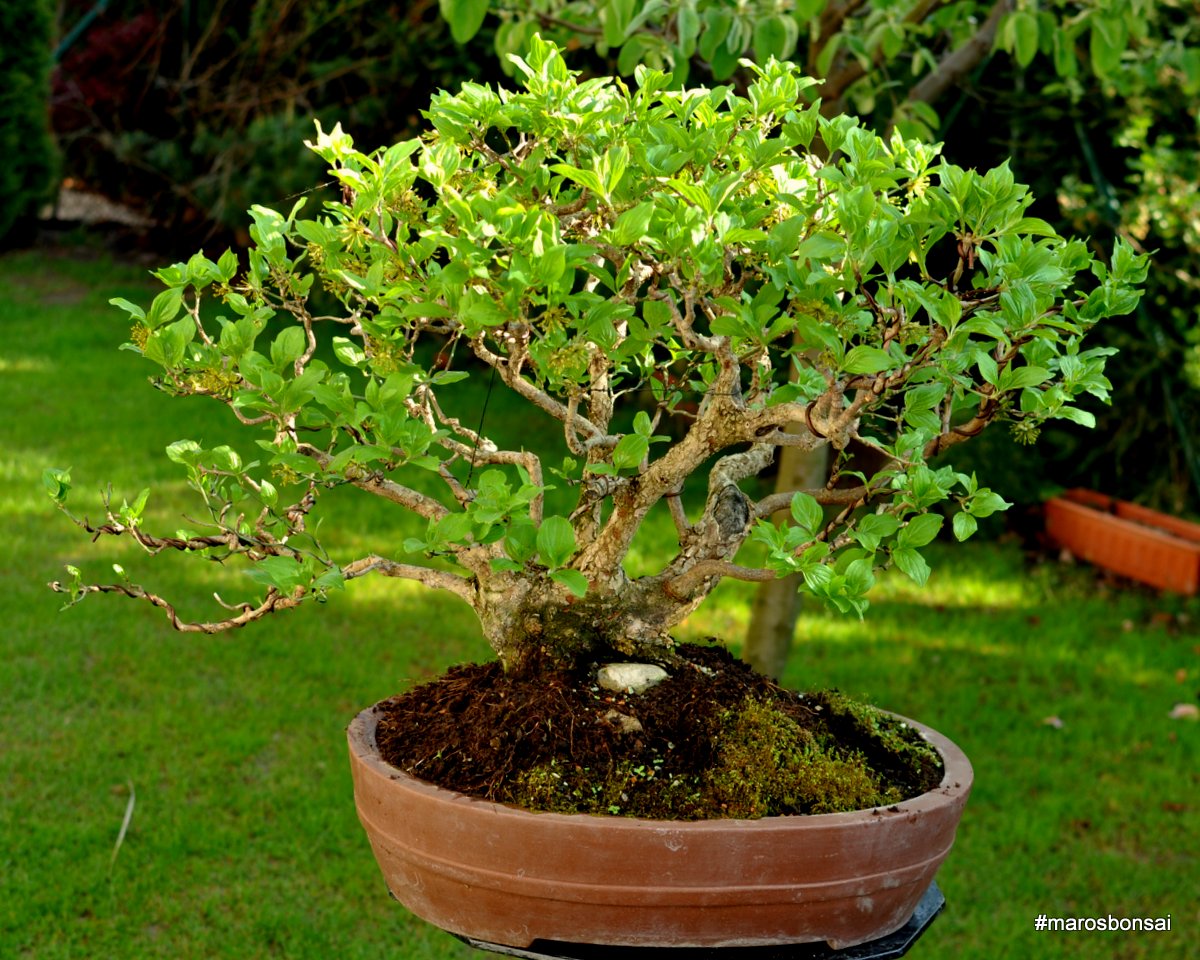 Story of my bonsai: Carpinus betulus No.2 - Forest

Let me tell you short story of this composition of bonsai trees. Group of trees are Hornbeam (Carpinus betulus) collected from the wild forest during the spring 2009. It was collected and brought home as one piece of material as was growing on edge of stone quarry. Few more initial pictures you can find in my early post from 2009 here. Those kind of groups of trees are not so common and easy to find. Therefore its of special value to me also.
As you can see from early pictures, tree was potted into large ugly wooden box, quickly crafted on day tree came to my home. Even without this box group was very heavy. Potted in the box, I had no chance to move it around on my own. This is the reason for such lousy pictures, without proper background and so on.
Another truth is, there is not so much to see on such material for long time after collection. You start to build ramification from sprouted shoots, and obviously it takes time. Tree keep looking lousy in winter silhouette and does not have good shape in summer, yet. But year after year, season after season it start to emerge. More and more branches, finer ramification and smaller foliage.
Than in 2011 my good friend Vinco Vadovsky made nice concrete temporary pot for the stuff. Trees were repotted into it in April and it helped a lot. I can move the group on my own since then. Still heavy like hell, but one-man mobile version. Growth after repotting was OK. Even, I have to admit, this particular hornbeam is one of the slowest growers in my collection. It never made those buds all over the trunks, or long shoots from everywhere. Maybe bit better growth could have be seen since maybe 2013-2014 season. Which is also quite normal, I think. Trees do not like to be be repotted, and one has to do that only when necessary. According to my experience it take 2-3 years for the tree to reestablish its normal growth regime after repotting, being it collection from wild or any other normal repotting afterwards.
For the future I would like to use custom made concrete plate for it. Of course it will be much more shallow and will suit it better. But I think it is still time for this step until trees will be mature and ramified.
As all of my trees, it is potted into mixture of zeolite and Teramol with approximately 15-20% of rough peat added. It has some remnants of the original soil very close to the trunks. It will be removed during next repottings.


Trees were wired completely for the first time during winter 2011 as you can find in post here. Since than no major styling was done. Just cut here and there during the seasons. And this spring was again the time to make some decent changes. I planned to do it earlier during the winter, but I was busy with many other trees. As I wrote earlier, I can move that group of trees now but cannot move it into house. So I waited until we have reasonable weather to work on it outside. So during last week I made what was on plan and finished it during the weekend. You can see results on few pictures. I m happy with the result so far. Obviously tree need another 10 years to look really good without the foliage but we are slowly getting there. I'm curious if you like it also. 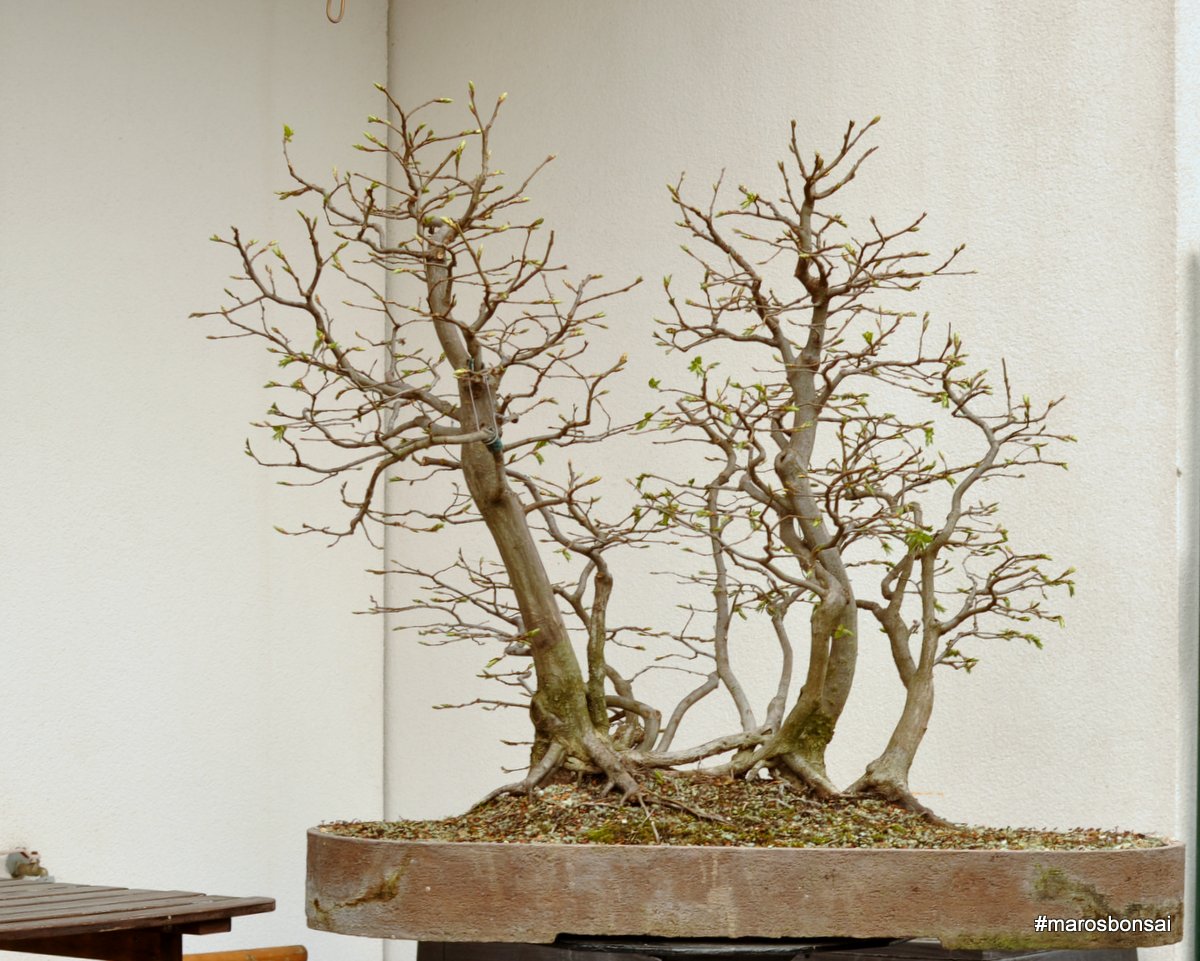 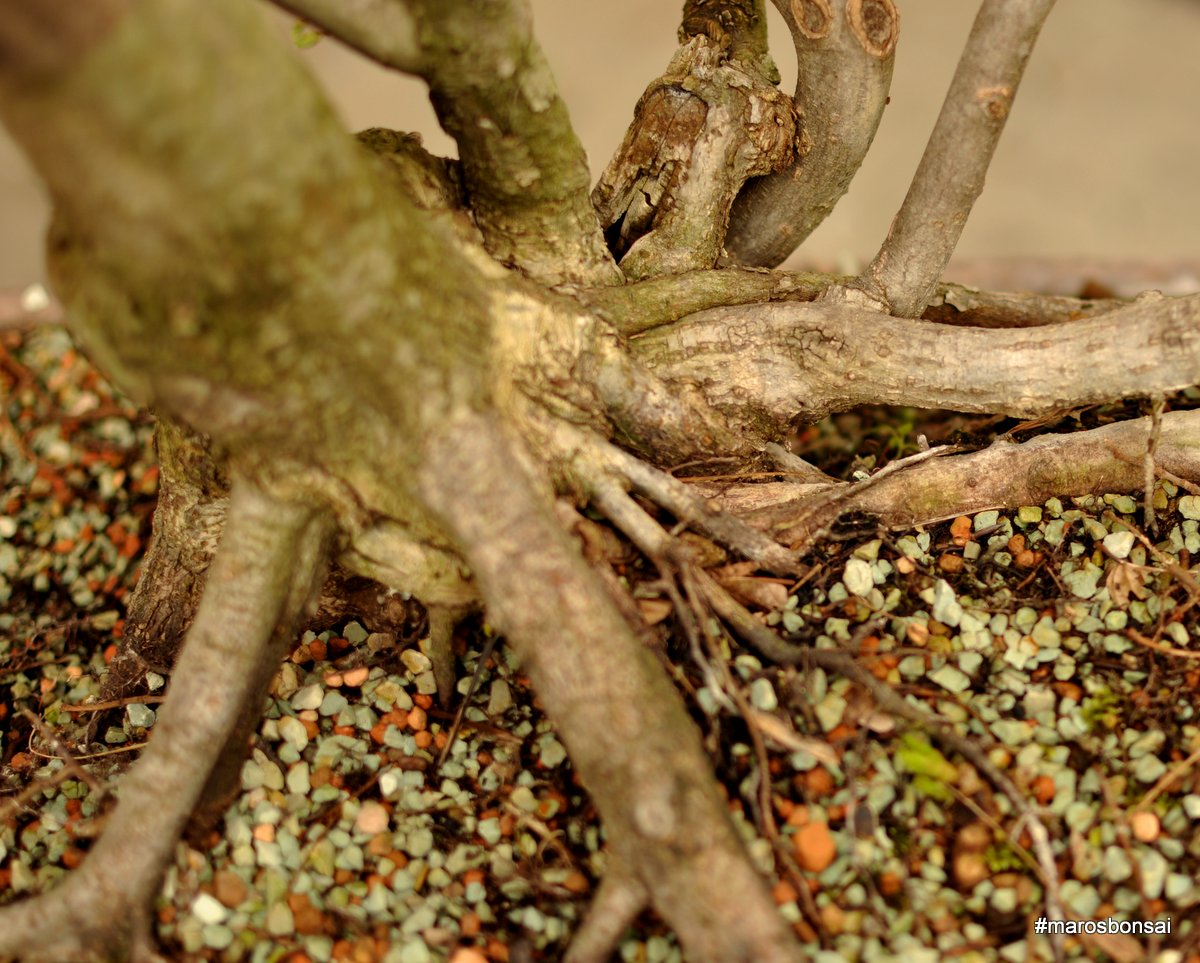 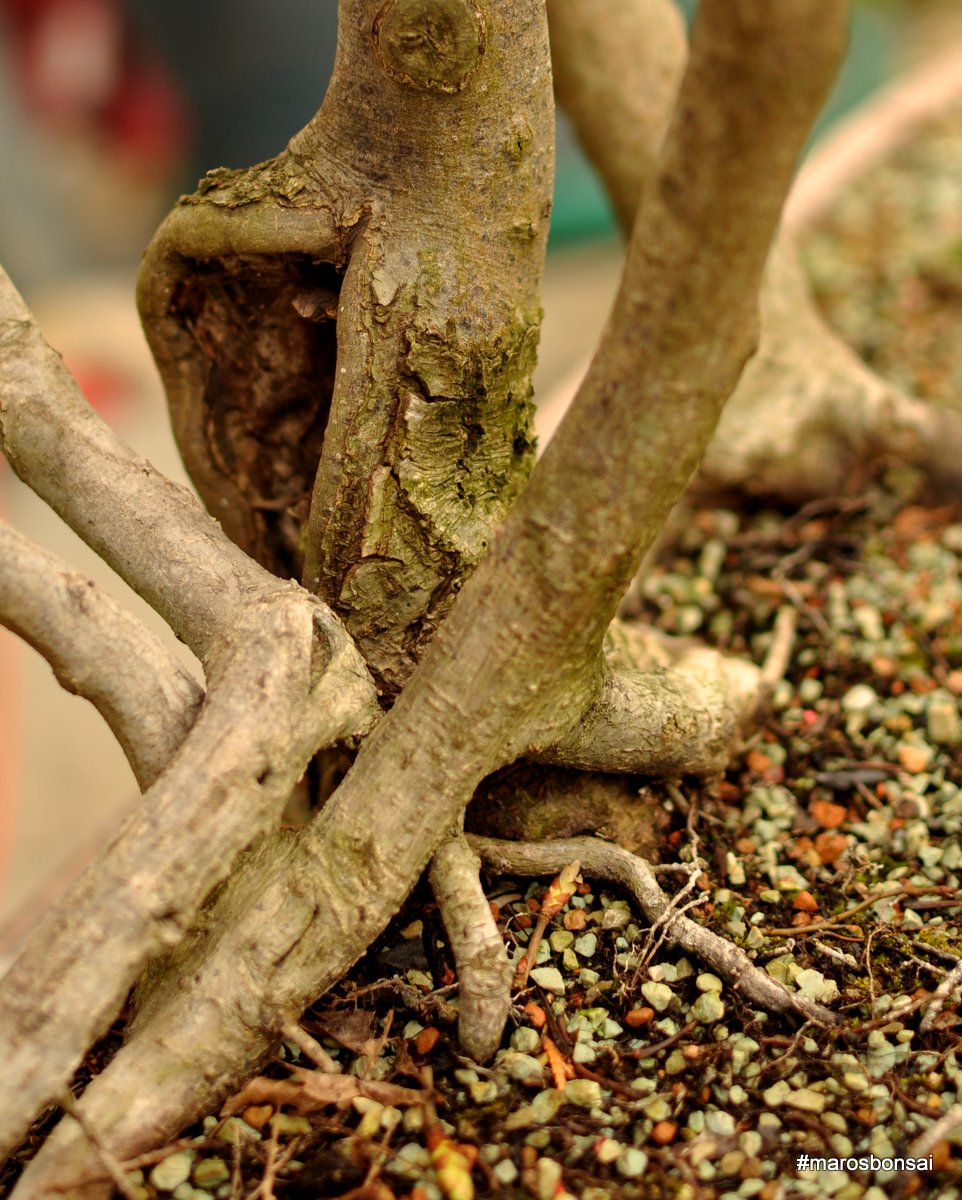 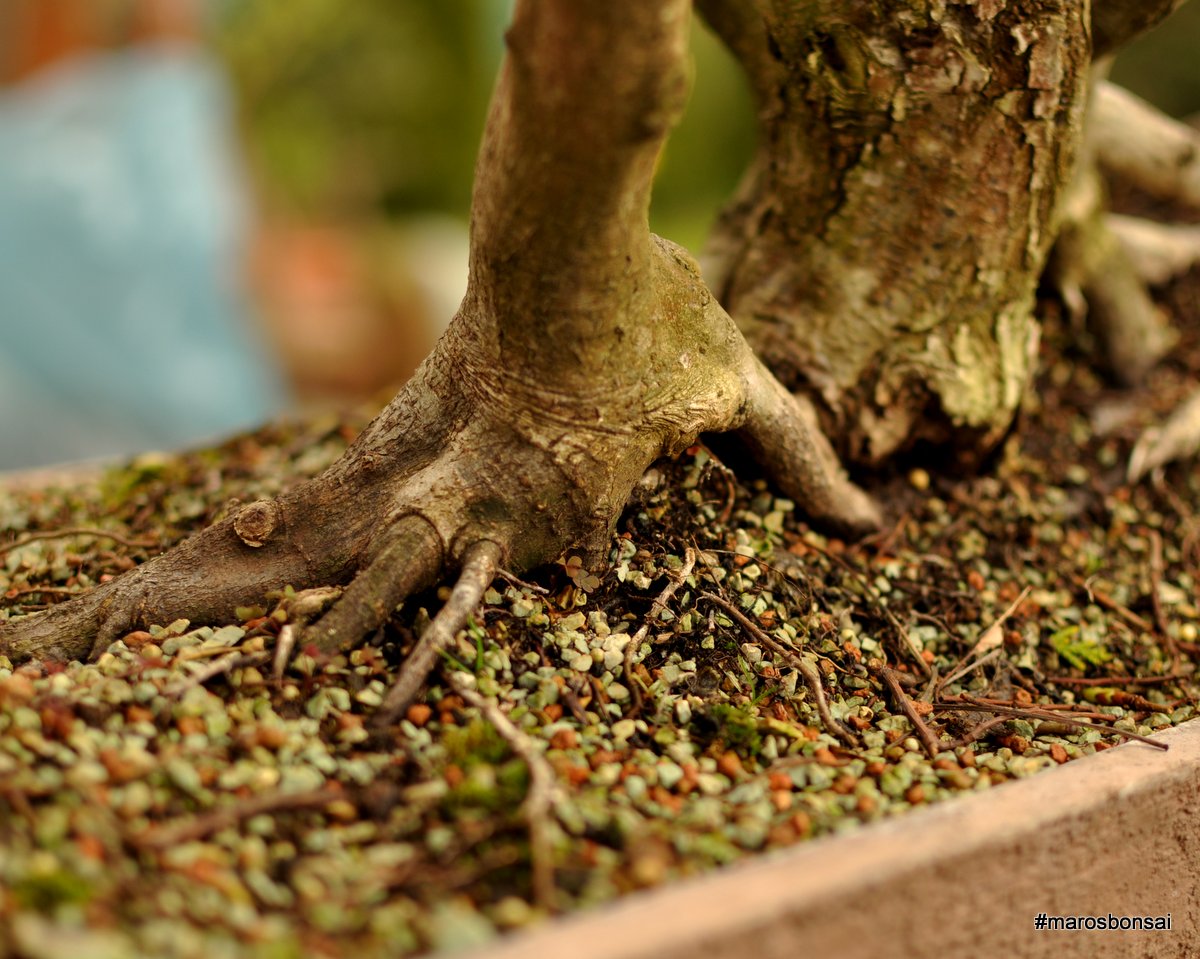 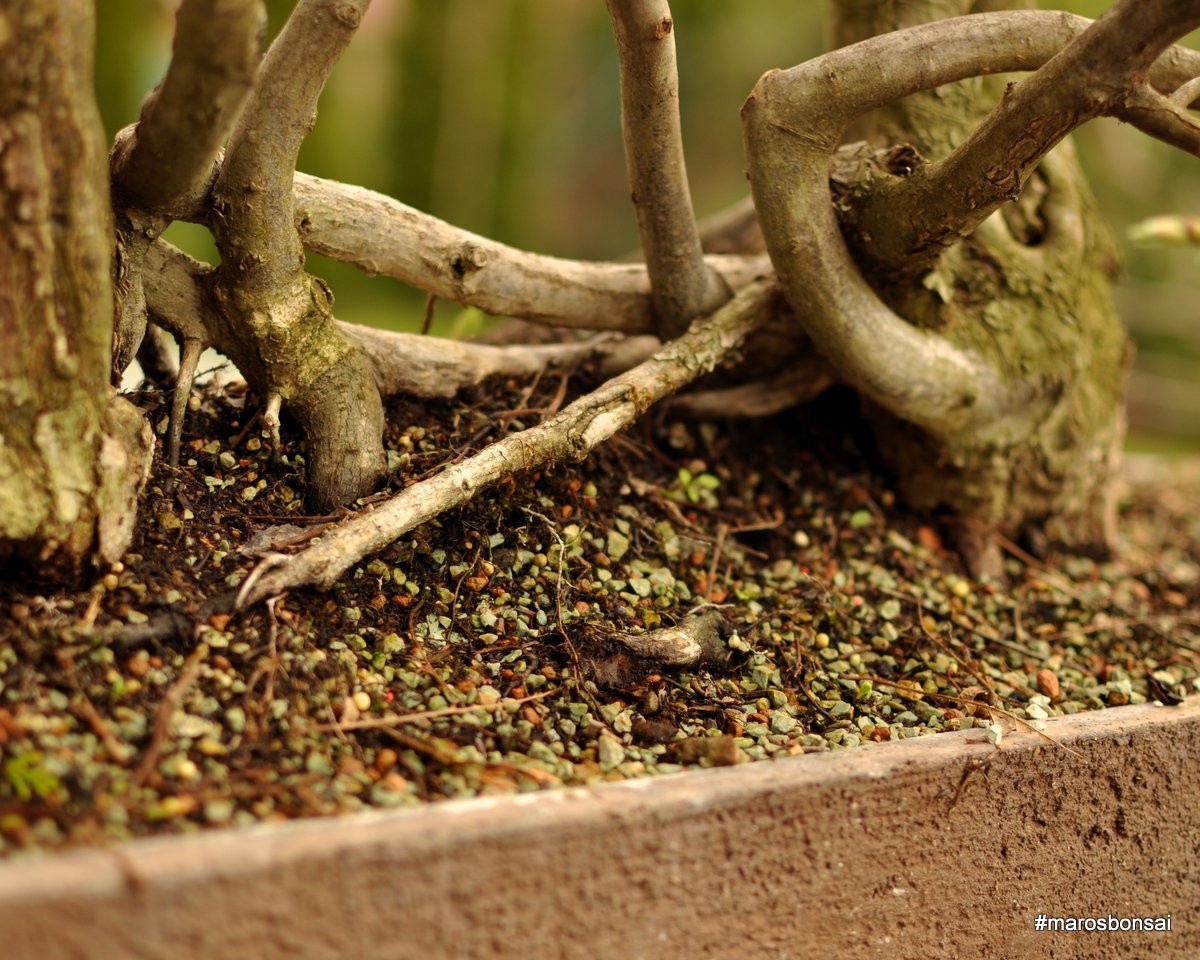 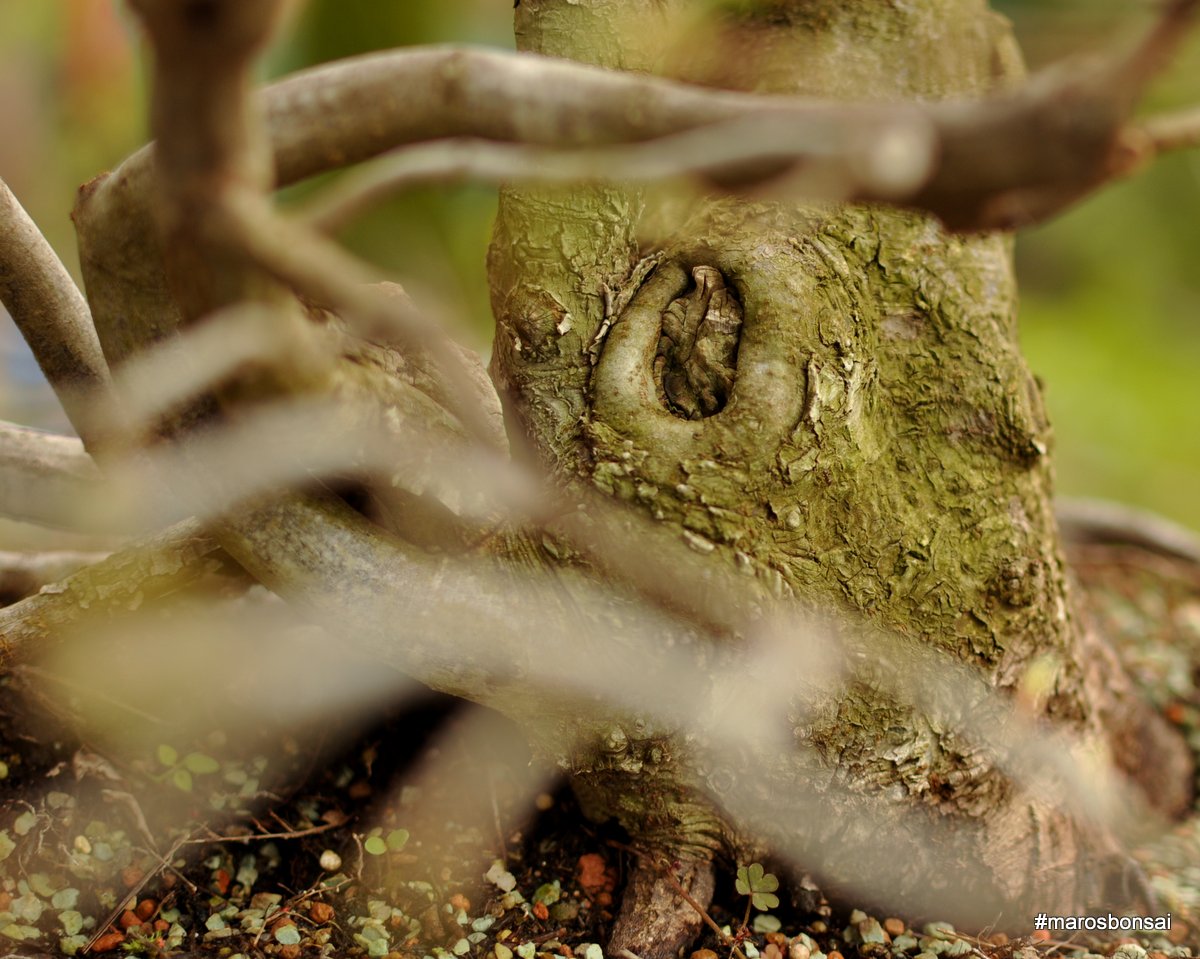 Yesterday I saw first one. Today in the morning, just before watering my garden, sill with cup of coffee in my hand, I spotted second one. I like to see them next to my trees. I tend to think our artificial environment, which we are creating in our pots, is not so unnatural. After few seasons different kinds of symbiosis emerge. And we are part of that process. Helping to create, develop and sustain it. Like that idea. 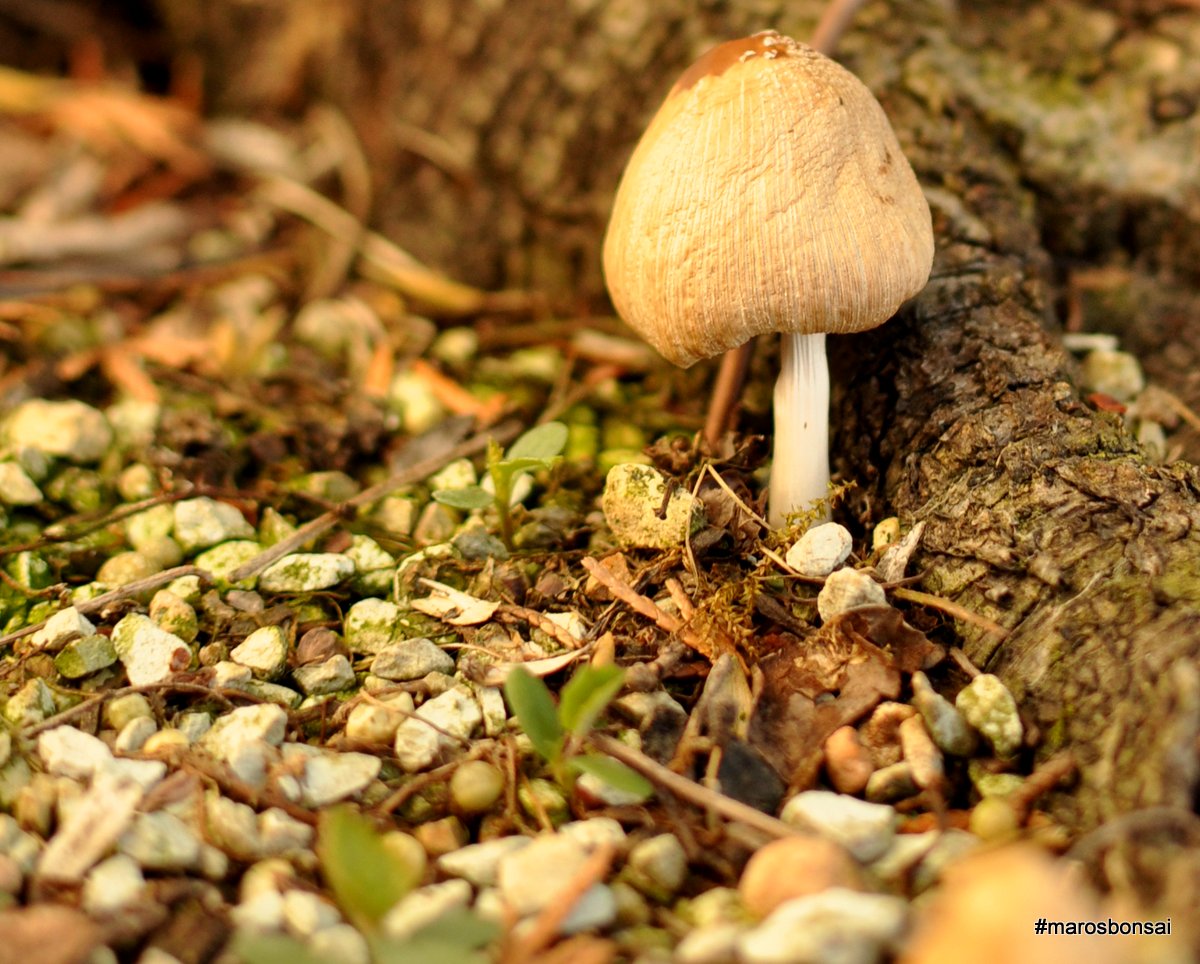 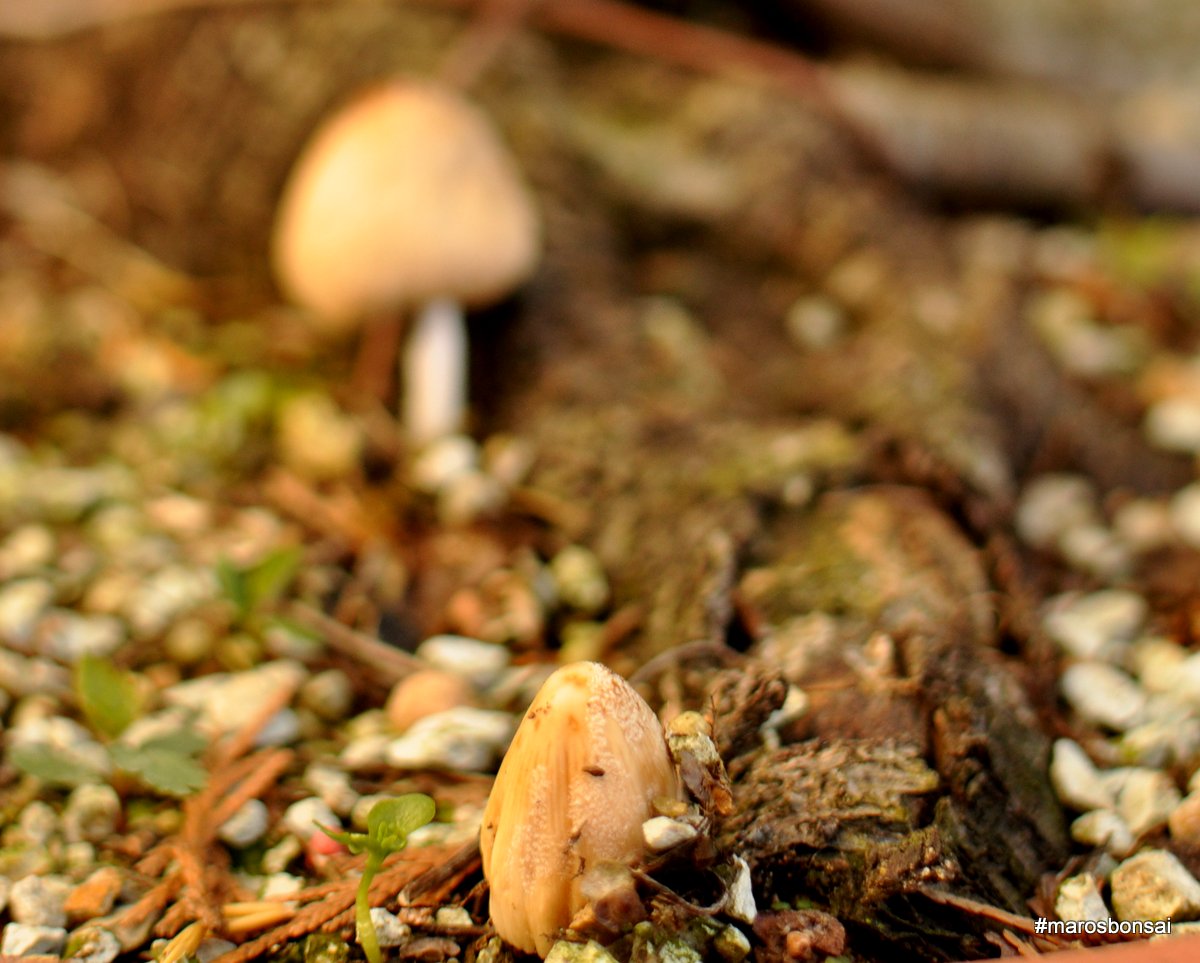 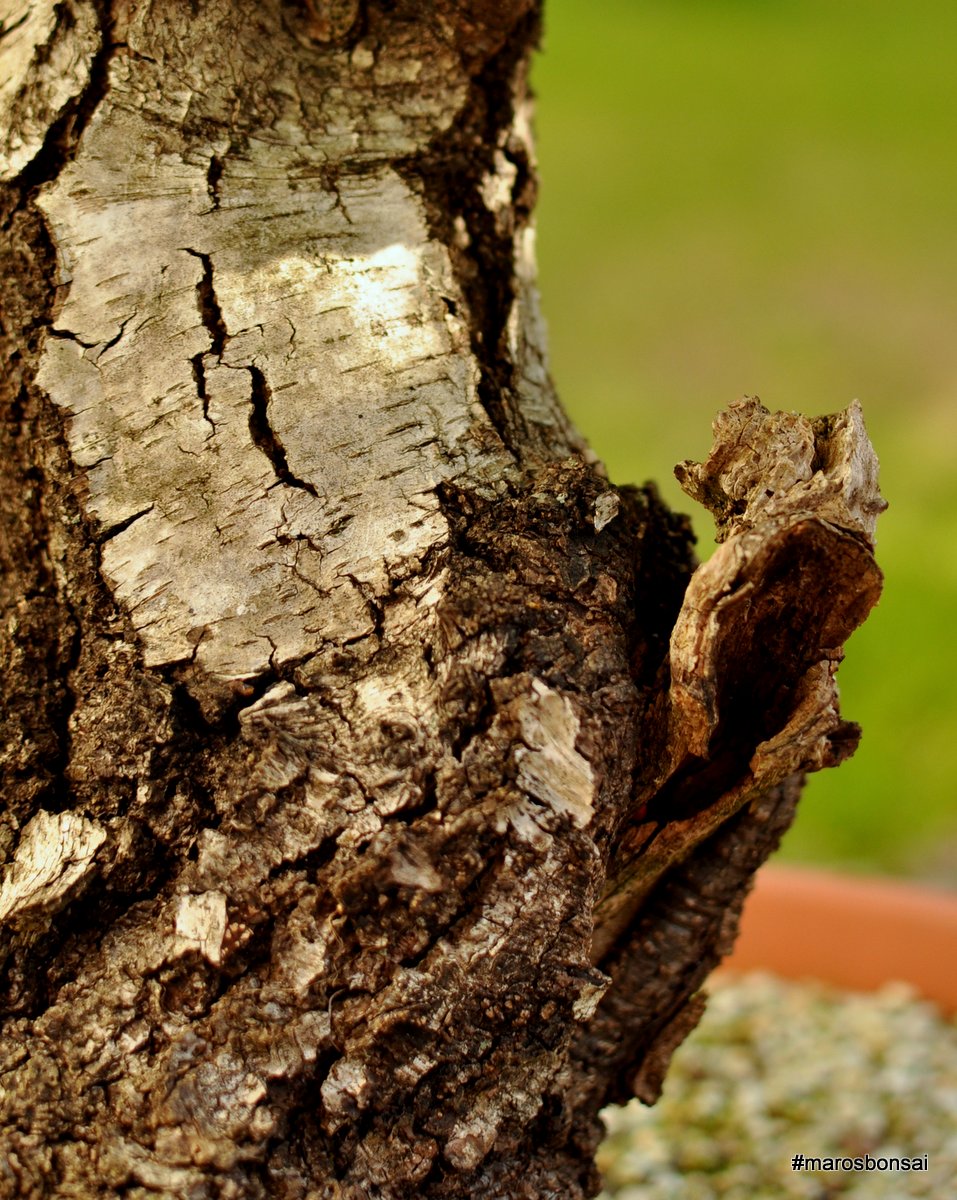 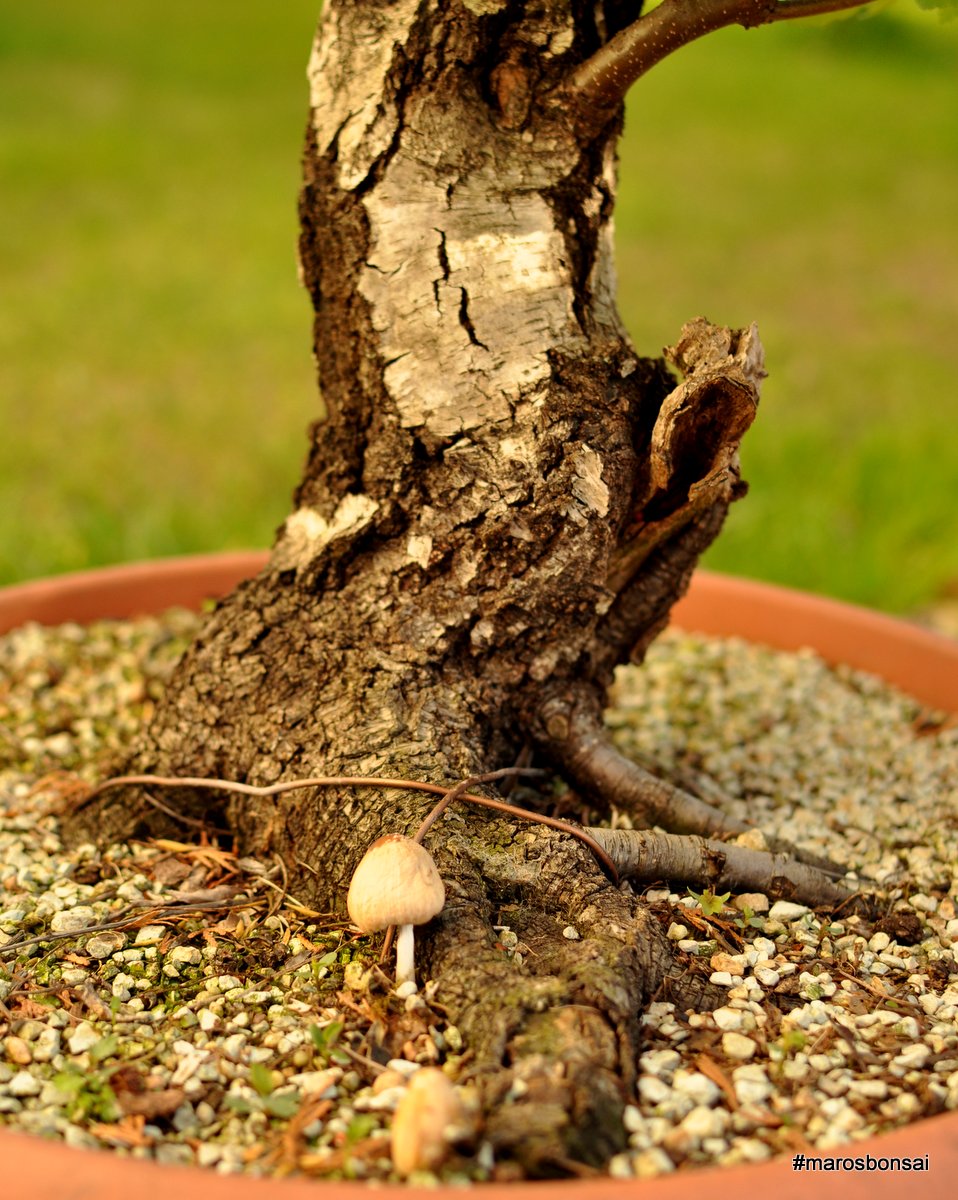 Pictures are taken just six days apart. That's dramatic change. Power of the nature in its essence. Love this green color of new foliage. Check pictures form last week where buds were still closed. Tree will soon reach stage when new foliage will mercifully hide all our mistakes in structure. :) 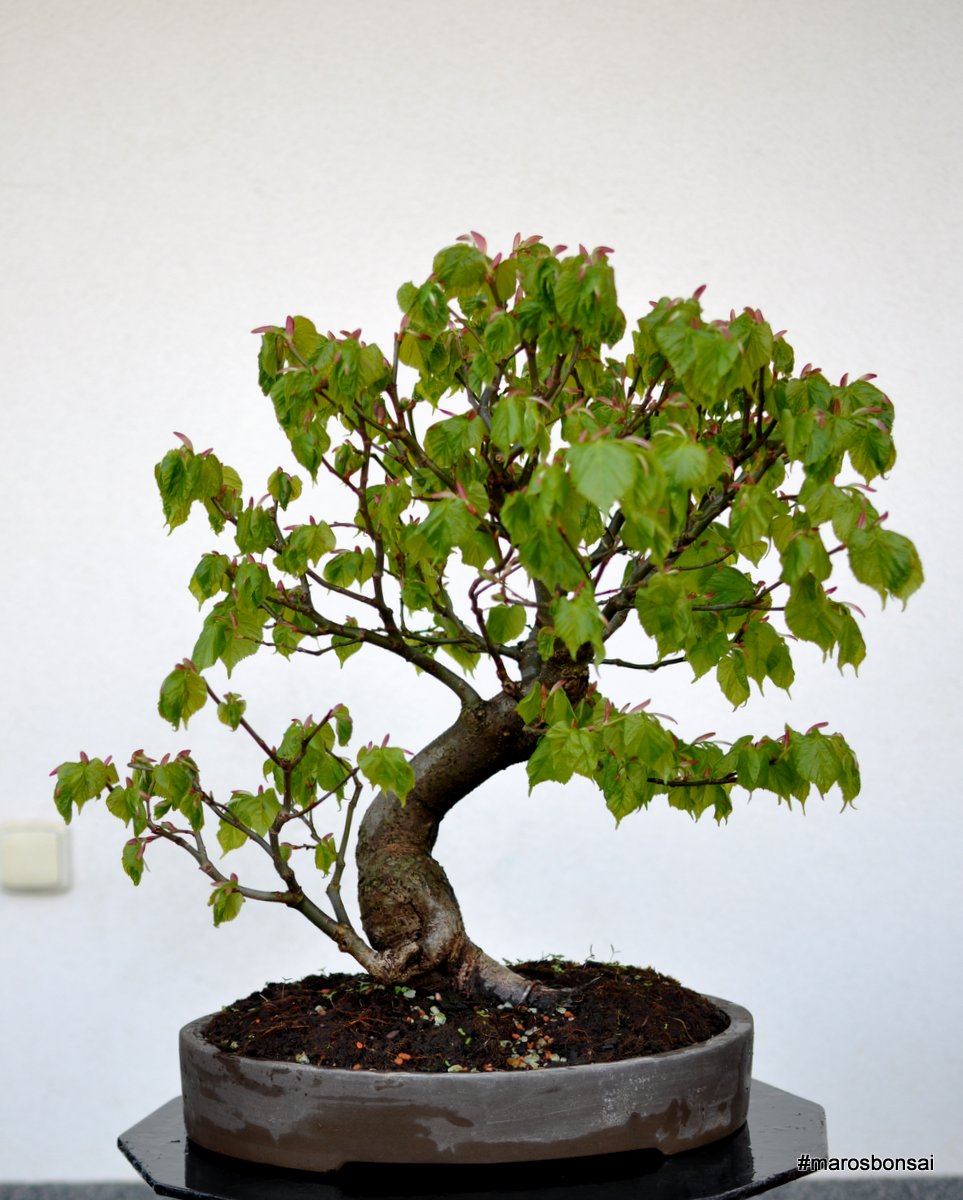 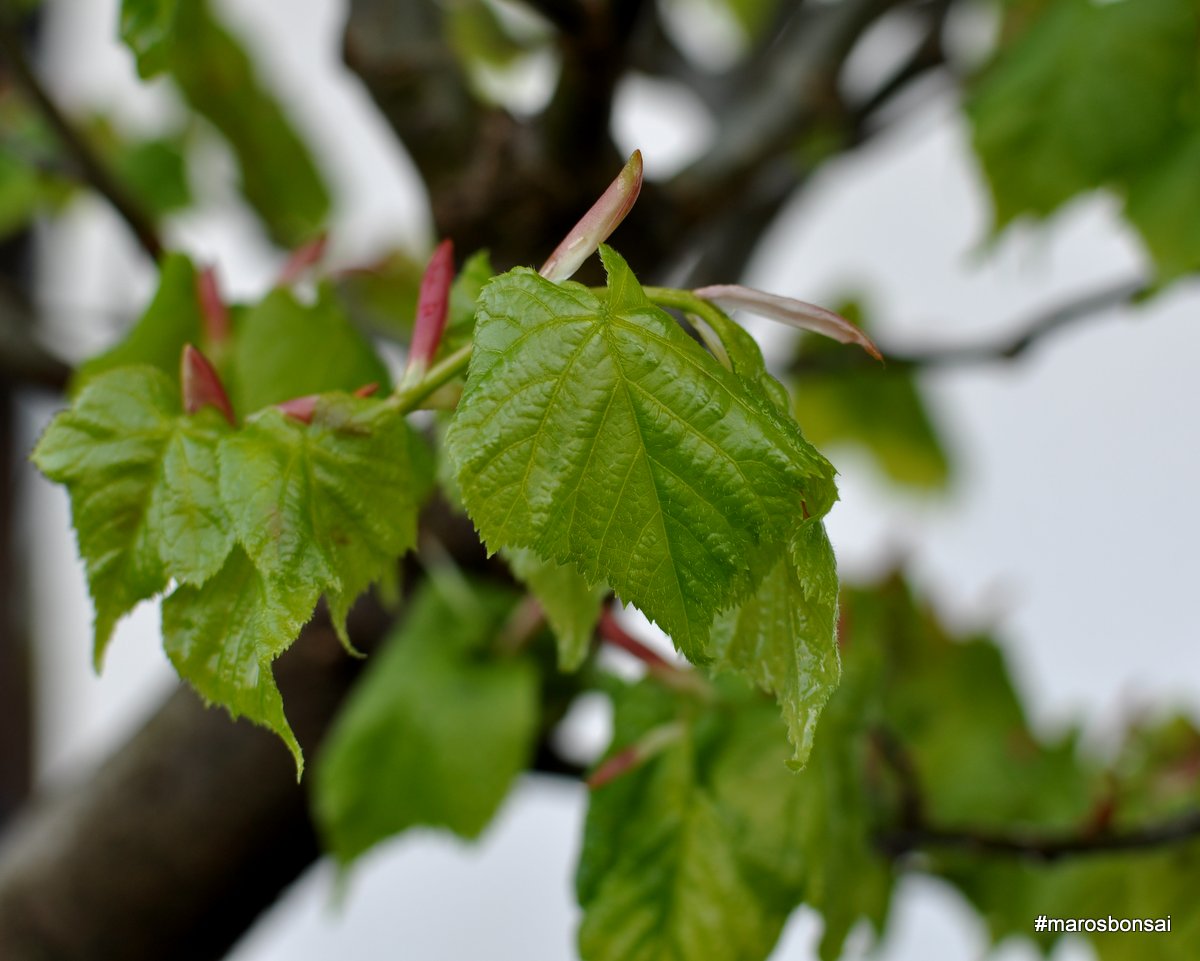 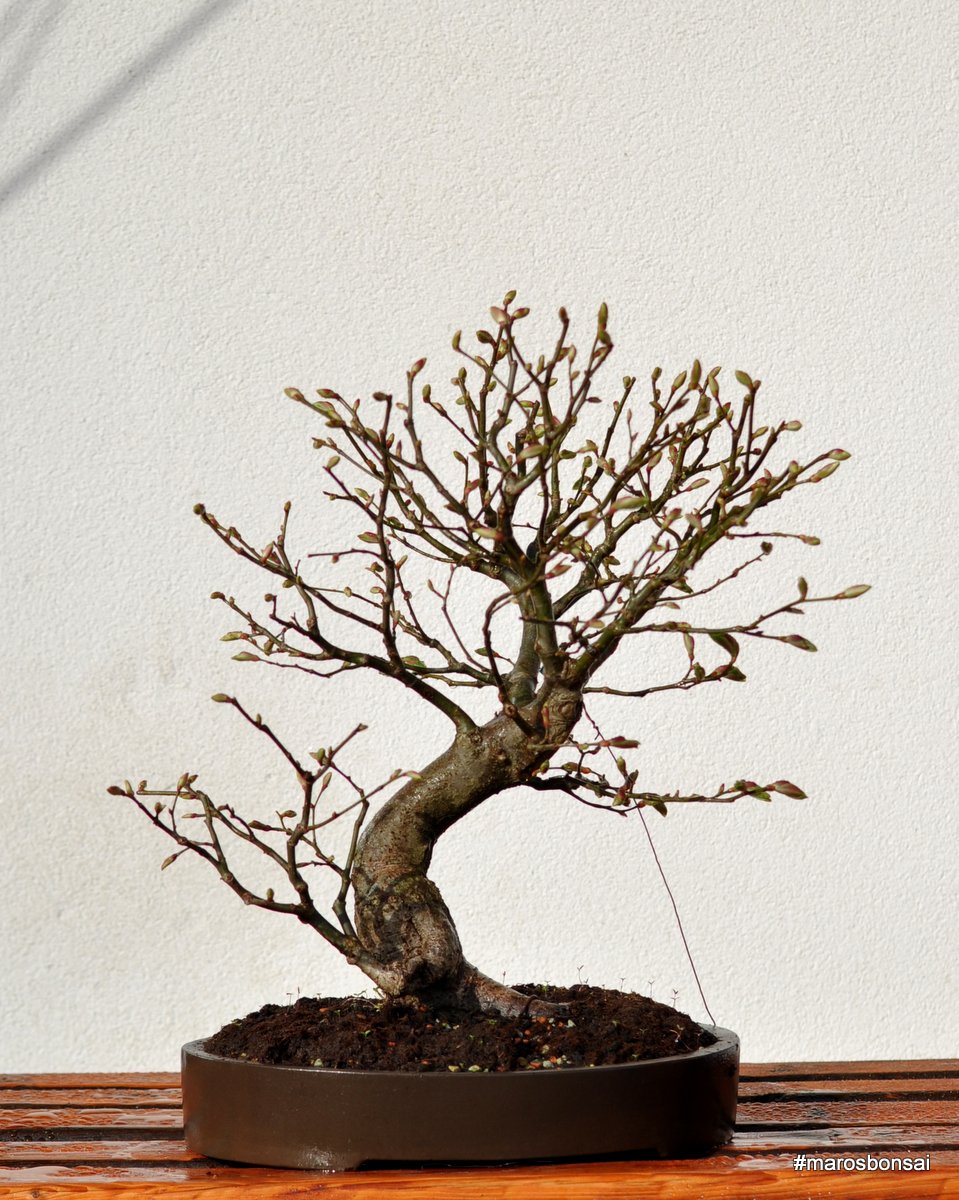 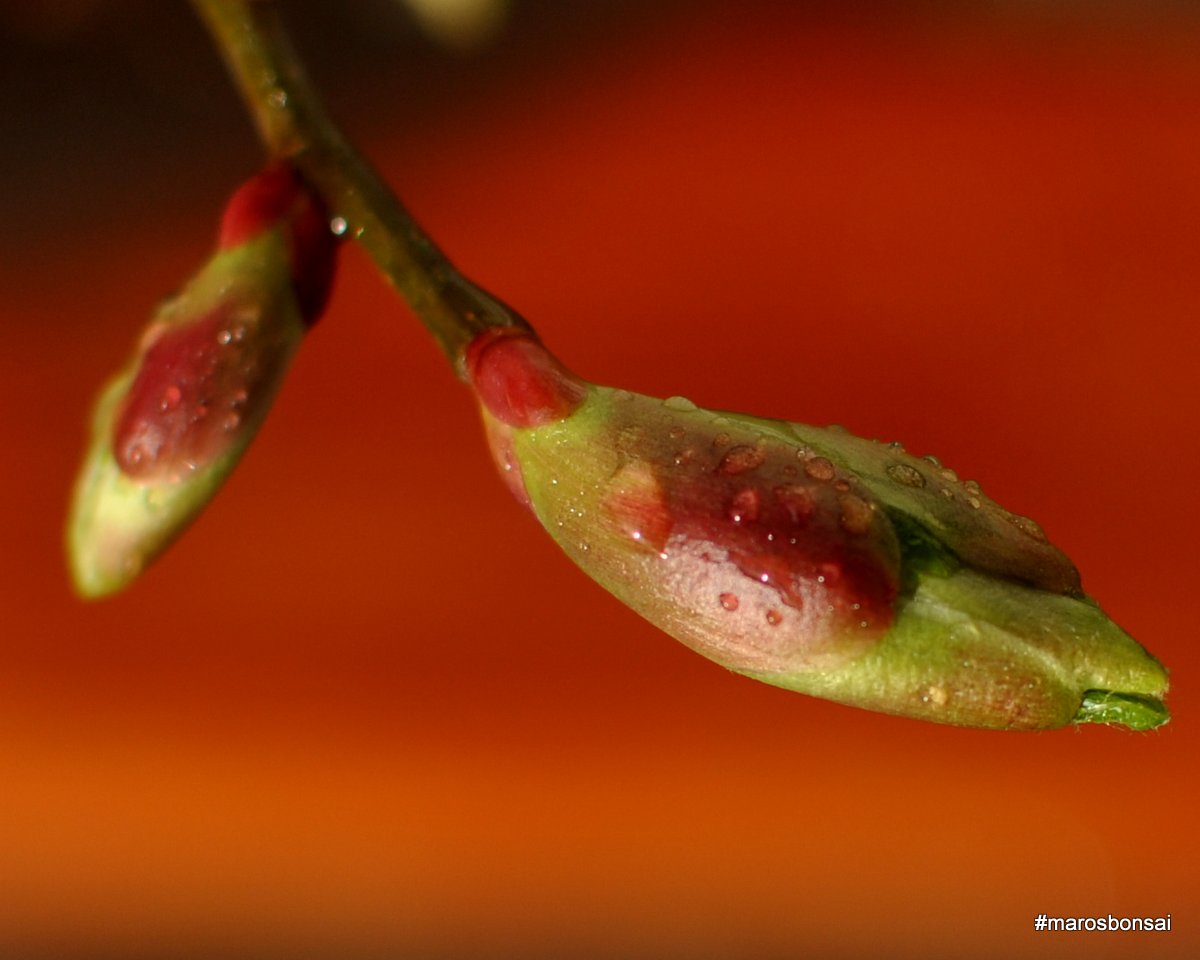