Despite several dozen flowers were removed in spring I sill left few to produce fruits as every season. Not enough to make huge impression though. Many flower buds are already established, so tree will be hopefully message of the Spring as always in my garden. 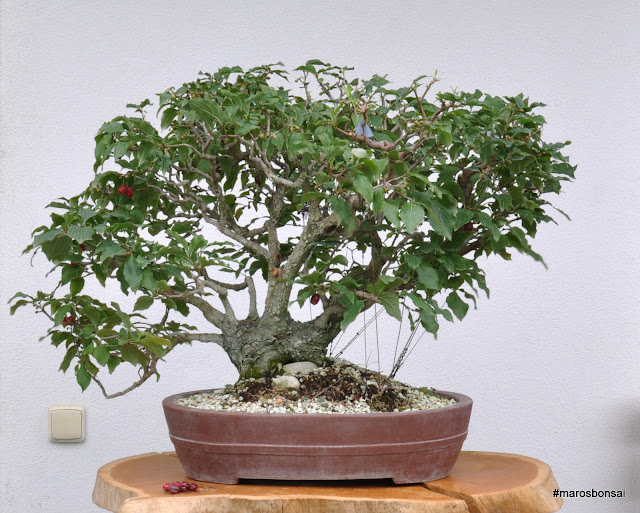 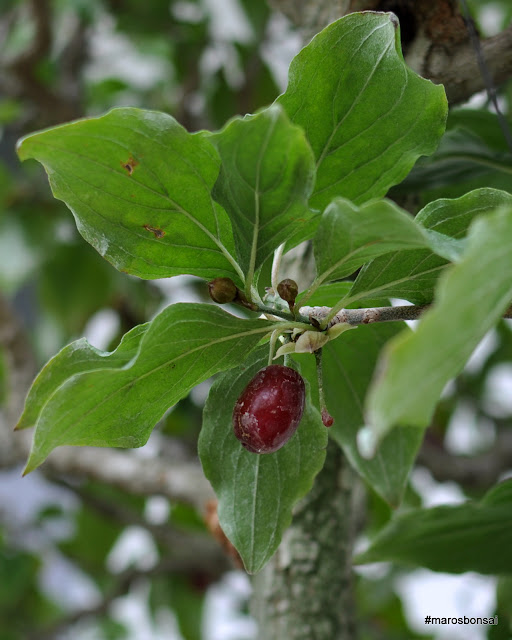 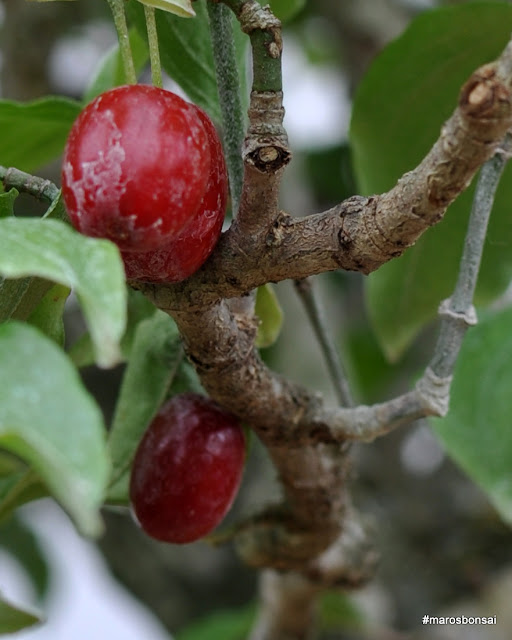 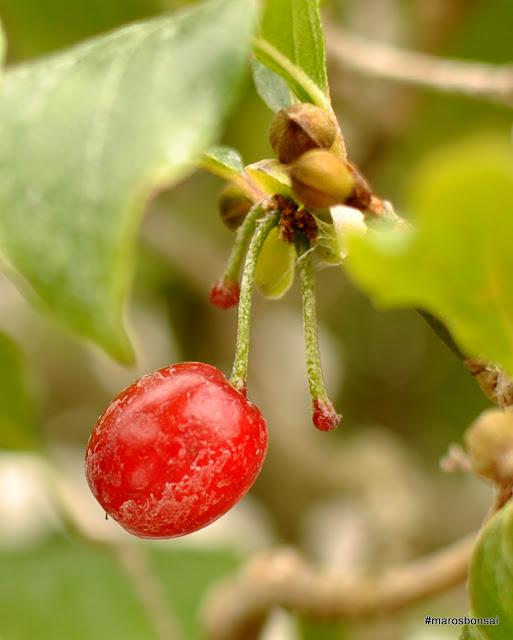 I made couple of necessary edits to the group recently. In current stage of the season you see very little to nothing what was done, so pictures are just for illustration.
I have done some edits in April as you can find in previous post here. Now I went bit further with some of them. 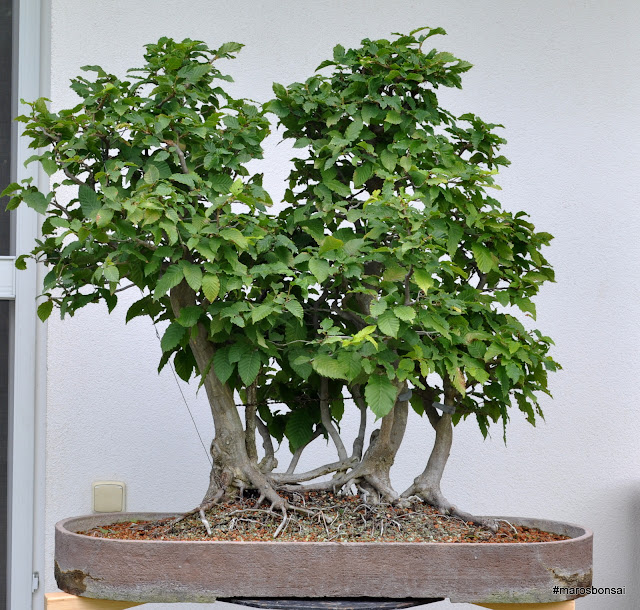 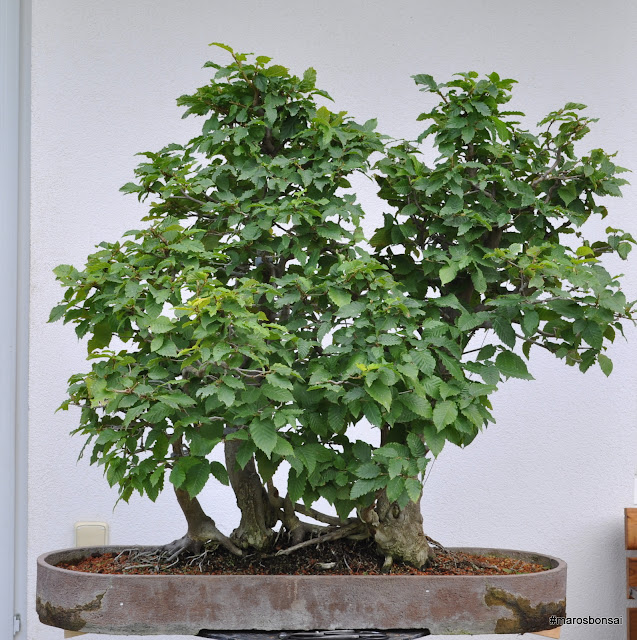 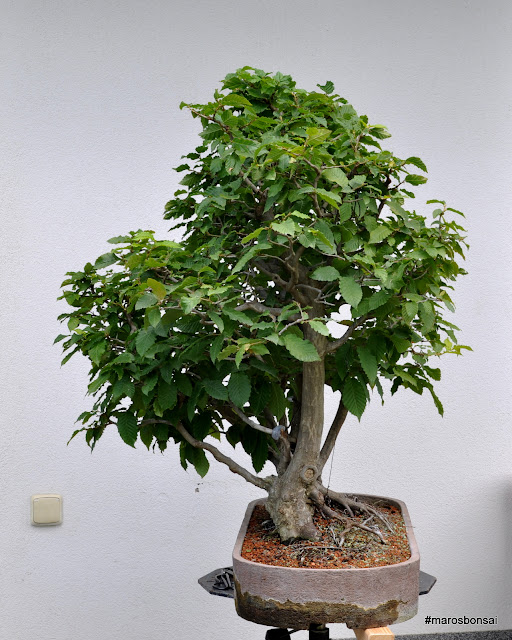 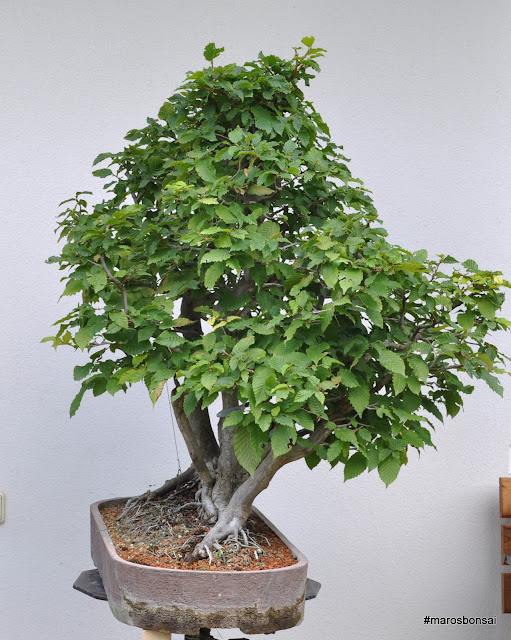 Now, main goal is to clearly define crowns of two main trees of the composition. For that purpose some important branches were positioned into better positions to achieve that target in long run.

I wanted to write short quick post about birch recently. When looking back on blog, I found out I haven't been reporting on its progress since November. So, I write bit more about it.

Birch was not behaving well last year. I was loosing inner growth and only peripheral branches were surviving. I was not happy about its development. I thought I knew where is the problem. It was in the pot for way too long, not repotted. It was in its pot with not much edited root ball since being collected from wild back in 2010. Plan was to repot in March 2017, do decent root work and then see what's going to happen.

It was done, as you can see bunch of thick roots were removed. Some of the old original soil removed as well. I had feeling I went too far by doing such amount of rootwork.

Fortunately, tree was doing good. Apart that it was target of massive aphid attack, which was managed in spring with RockEffect. I was tempted to use insecticide but I resisted. (Yeah, I used insecticides in my garden zero times. No fungicides as well...).


Now, about design. I was planning to do weeping birch long ago. But I did not wanted to have weeping primary and secondary branches.  I consider it unnatural. Since I believe that natural birches grow pattern is upwards with main trunk, sub trunks and primary/secondary branches. Just after that ends of new growth is in weeping pattern. Problem with this tree was, I had never enough tertiary branches to creates such design. And with natural dieback of secondary branches it was quite challenging to find enough branches to create it. Decision was made this summer to go forward with branches I have available and I will see what reaction of the tree will be. Tree was wired in two stages during last weeks. Now it will stay like this until October I guess, when all wires will go off. Im curious how much of the current branch structure will survive winter. 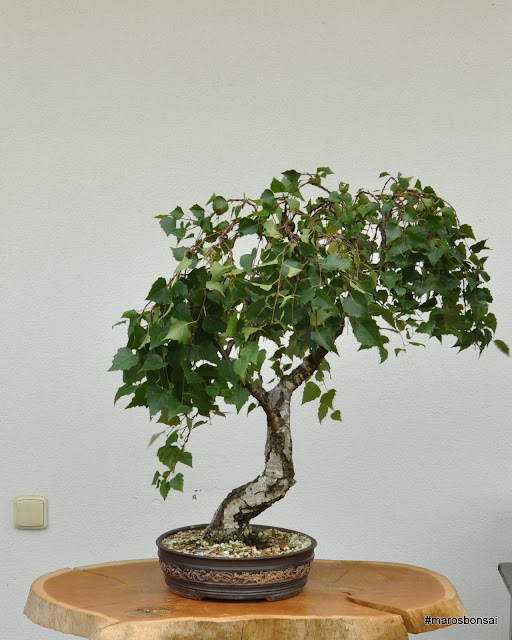 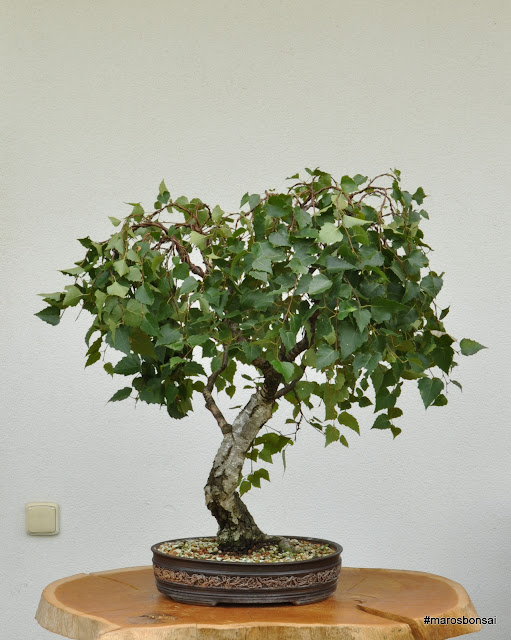 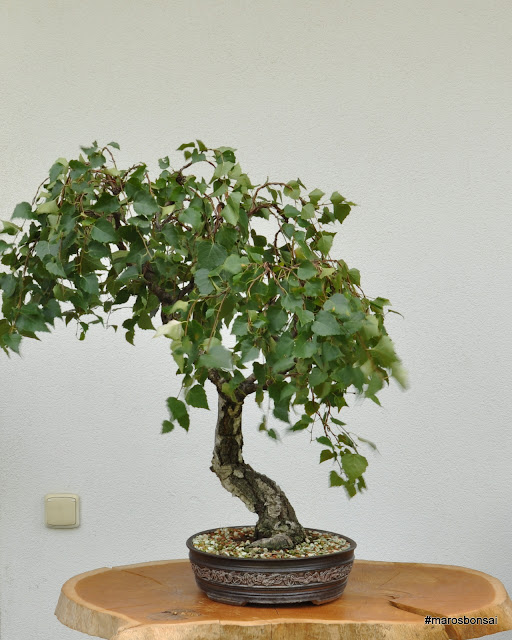 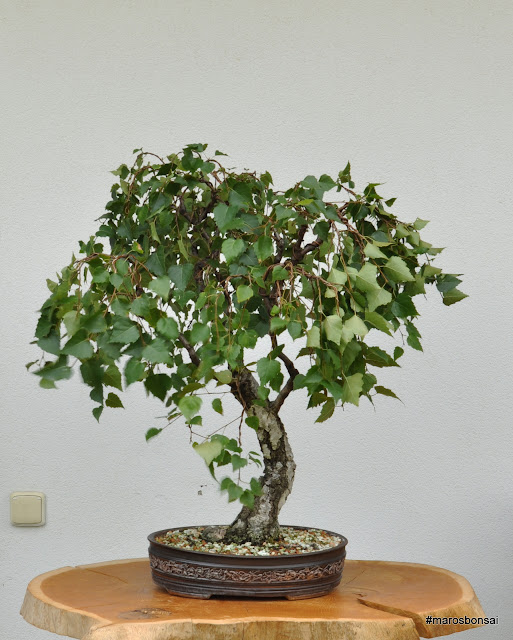